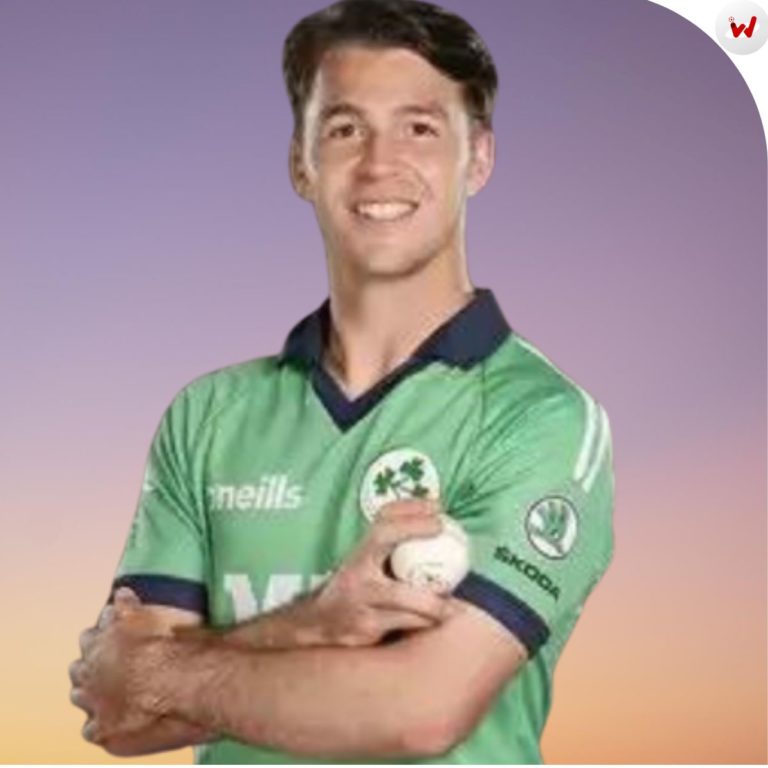 Curtis Campher is an South Africa born cricketer who plays for Ireland. He is currently living in Dublin, Ireland. He is a bowling all-rounder who bowls right-arm fast-medium. Campher has raised in South Africa and also played Under-19 matches for South Africa, but in 2020, he decided to leave his homeland and received Irish passport. When, he entered in Ireland, Campher was named in Ireland Wolves team.

Curtis Campher was born on April 20, 1999 at Johannesburg, South Africa. In 2022, Campher leaved his homeland and took the passport of Irish. He has completed his studies in South Africa. His brother name is Cole Campher.

Campher has started his career of cricket while playing in St. Stihians College, where he was playing as batsman. After that, Campher played for South-Africa in Under-19, there he transfer batting to bowling. Later on in 2020, he came in Ireland team, where Campher made his domestic matches debut. He was selected for Ireland Wolves for Namibia tour in February 2020. In that month, he made his T-20 tournament debut against Namibia on February 21, 2020. After five days, Campher also made his List A debut against Namibia on February 26. Later on in same year, he was selected for Ireland Under-21 squad for England tour to started training behind closed doors ( in the stadium spectator are not allowed) for One Day International (ODI) series against England team.

Campher made his debut against England on July 30, 2020 at Southampton. On his debut match, he score 59 runs (not out) and took the International career first wicket of Tom Banton, but Ireland went on to lose by 6 wickets. After that in next year, Campher was selected for Ireland Wolves for Bangladesh tour. There he made his First-Class debut against Bangladesh A team on February 26, 2021. After his First-Class debut, he was selected for T-20 International in August 2021 against Zimbabwe series.

He made his T-20 International debut against Zimbabwe on August 27, 2021. Later on, Campher was selected for 2021 ICC Men’s T-20 World Cup in September 2021. In that T-20 World Cup he took T-20 International hat-trick against Netherlands on October 18, 2021 and became the first bowler for Ireland to took hat-trick in T-20 format in World Cup. On that day, he also became the third player to take 4 wickets in 4 ball after Lasith Malinga and Rishid Khan.

Campher has married with his longtime girlfriend Dayna Thackrah on June 16, 2018 at Johannesburg, South Africa.