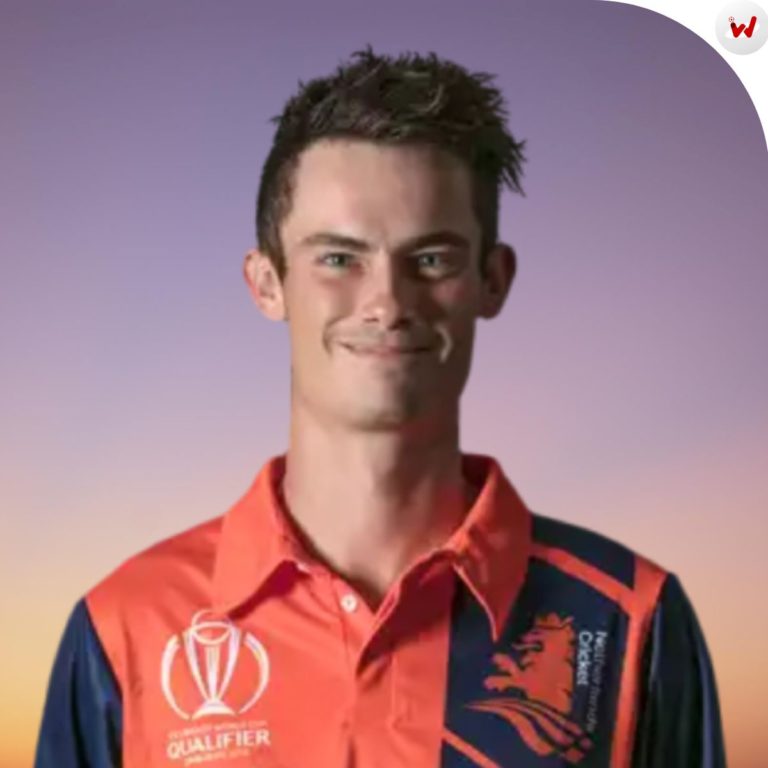 Scott Edwards is a Netherland Cricketer who lives in Tonga, Australia. He plays as Right-handed batsman and a Wicket-keeper. Edwards made his first class debut on November 29- December 2, 2017, against Namibia at Dubai. After that, he made his list A debut against Namibia at ICC World Cricket League Championship on December 8, 2017.

Edwards was named a new captain of the Dutch cricket team.

Scott Edwards was born on August 23, 1996 at Tonga. He has grew up in Australia. Edwards has studied in Deakin University and perused the degree of Bachelor of Business.

Edwards was qualified to Netherland through his grandmother who lives in Netherland. He has played his club cricket for Monash Tigers in Victorian Premier Cricket at Australia. When Edwards was at age of 20, he started playing in Dutch club cricket.

Edwards was selected by the Rotterdam Rhinos in the inaugural edition of Euro T-20 Slam tournament on July 2019, but due to some reason the tournament was cancelled.

Edwards made his debut in One Day International matches against Nepal on 1 August 2018. In the ODI, he has played 25 matches and scored 774 runs with 86 highest from 2018-22. In 2019, he took part in European Cricket League 2019, where he score 137 runs off 39 ball (not out) in T10 and made the world record of fastest T10 century. After the tournament, Edwards was named in Dutch squad for 2019 ICC T20 World Cup Qualifier, this tournament was going to held in United Arab Emirates. In April 2020, he was named as the captain of Netherland team A ahead matches against Ireland Wolves.