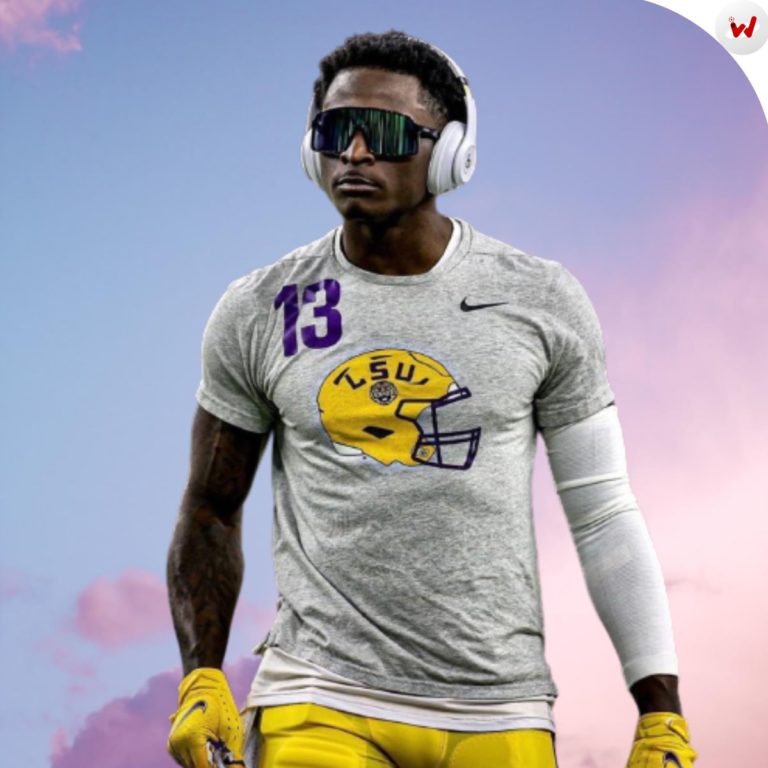 Jontre Kirklin is an American footballer who lives in Lutcher, Louisiana. He plays as wide receivers are passing and catching specialists. In college football, he plays for LSU Tigers football team and in National Football League, Jontre plays for Arizona Cardinals.

Jontre Kirklin was born on October 9, 1998 at Lutcher, Louisiana and grew up there gathering energy for soccer form his youth. He has studied in Lutcher High School. Jontre Kirklin has completed his college from Louisiana State University (LSU).

In High School Jontre was started playing in 2015, as junior. In his starting year, he helped the Bulldogs to lead the consecutive class 3A state championship. In sophomore and junior seasons, he yards passes 5,000 yards with 1,700 rushing. After that in 2016, in 3A with offensive team Louisiana Sports Writers Association (LSWA) he became the finalist for the Warrick Dunn Award. In High School he finished his career with 147 touchdowns, with 7,500 yards passing and 3,000 rushing yards under the coach of Dwain Jenkins.

In College football, Jontre has played 57 games with three start over five season from 2017-21 for LSU Tigers team as wide receiver, quarterback and defensive back. In 2017, he played for 12 games as defense as true freshman. In his college career he has took 20 receptions (catches) for 313 yards and 3 touchdowns in 9 games during his super senior season in 2021.

In NFL Draft 2022, Jontre was included in Arizona Cardinals team.

Jontre Kirklin’s girlfriend name is Kennedi Edney. They both have been together for more than 2 years. Kennedi is a Gymnastic.