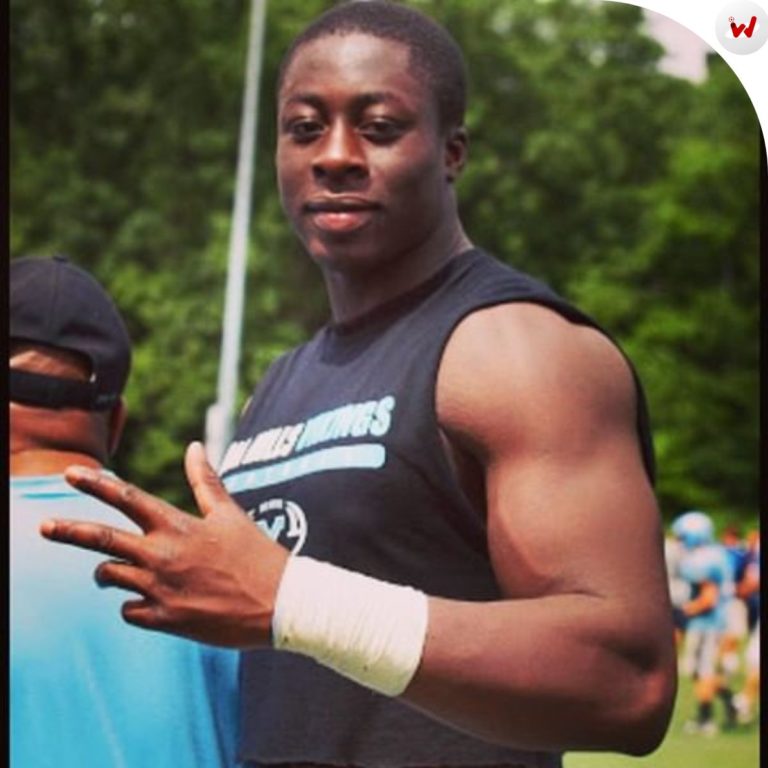 Michael Dogbe is an American Footballer who lives in Parsippany, New Jersey. He plays as Defensive End position in gridiron football. Michael has played high school football for Parsippany Hills High School and college football at Temple Owls Football team. In National Football League, he is playing for Arizona Cardinals since 2019.

Michael Dogbe was born on May 5, 1996 at Parsippany, New Jersey. His father’s name is Binta Doge, mother’s name is Solomon Dogbe. His three siblings names are Chris, Grace and Eunice Dogbe. Michael has completed his high schooling at Parsippany Hills High School and went to University of Temple for further studies.

Michael enrolled in the University of Temple, where he played for Temple Owls Football team. In 2014 as true freshman but he did not played a single match in that season. After that in 2015, as redshirt freshman, he appeared in 11 games and recorded 14 tackles and a forced fumble. As a sophomore season, Michael appeared in 9 games with all starts, where he recorded 43 tackles, 1.5 sacks, and 5 tackles for loss in 2016. In 2017 as junior, he played 12 games and started all games and recorded 26 tackles. After that in 2018, as senior Michael recorded 72 tackles, 12.5 tackles for loss, team high 7.0 sacks and 3 forced fumble and in that season he was the 9th toughest player in the team.

Michael was selected by Arizona Cardinals in 7th round with 249 overall picks in NFL Drafts 2019. In that season, he played 8 games with 5 tackles, a tackles for loss and a Quarterback. On December 6, 2019, he made his NFL Debut as Defensive End. On September 8, 2020, Michael was waived by the Arizona Cardinals and next day, he was re-signed for Cardinals in practice squad.

In 2021, Michael appeared in 16 games with a start and recorded career-high 27 tackles with 14 solo tackles and 2 Quarterback.