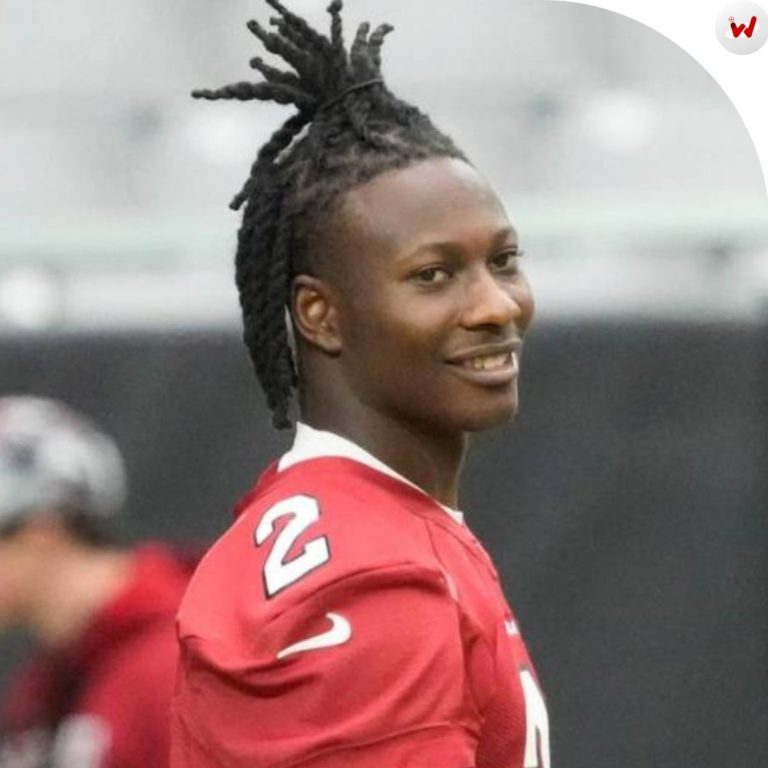 Marquise Brown is an American Footballer who lives in Hollywood, Florida. He plays at the position of Wide Receiver in gridiron football. Brown has played his high school football at South Broward High School and Chaminade-Madonna College Preparatory School and college football at College of the Canyons (COC) in 2016. After that he joined to Oklahoma Sooners Football team. In National Football team (NFL), he plays for Arizona Cardinals.

Brown has first studied in South Broward High School and then transferred to Chaminade-Madonna College Preparatory School and in 2016, he went to Canyons College at Santa Clarita, California and after one year he went to University of Oklahoma for further studies.

Brown has started playing high school football for South Broward High School, when he was in 11th grade he ran the 100 meter in 11.53 seconds at Florida High Schools Athletic Association. After that Brown, was transferred to Chaminade-Madonna College Preparatory School, there he was addition of playing football and he also ran track, after that he again he took part in 100 meter ran track and took time 10.90 seconds. After that, Brown ran for 200 meter in 21.94 seconds at Florida High School Athletic Association’s 2A District 15 regional championship track meet.

Brown signed with College of the Canyons in 2016 season, after not receiving any scholarship form school. Later on Canyons College, received several Division 1 scholarship offers and Brown enrolled to Oklahoma University. Brown appeared in 13 games and 8 starts and recorded 1,095 receiving yards and became 8th wide receiver in a single season at first year of Oklahoma. After two seasons, Brown entered in NFL Drafts 2019.

Brown was selected by Baltimore Ravens with 25th overall in the first round of NFL Drafts 2019. On June 7, 2019, he signed his rookie contract with Ravens and he was first wide receiver. Brown made his debut against Miami Dolphins in Week 1, and recorded 4 receptions, 147 receiving yards and 2 touchdowns. After that in Week 2, he took 8 passes for 86 yards against Arizona Cardinals and won the match. Later on he was unable to play week 6-7 due to injury. After the in week 12, Brown has recovered and recorded 5 passes for 42 yards and 2 touchdowns and won the match against Los Angeles Rams by scoring 45-6. In that season he was the second leading receiver for Ravens behind tight end Mark Andrews.