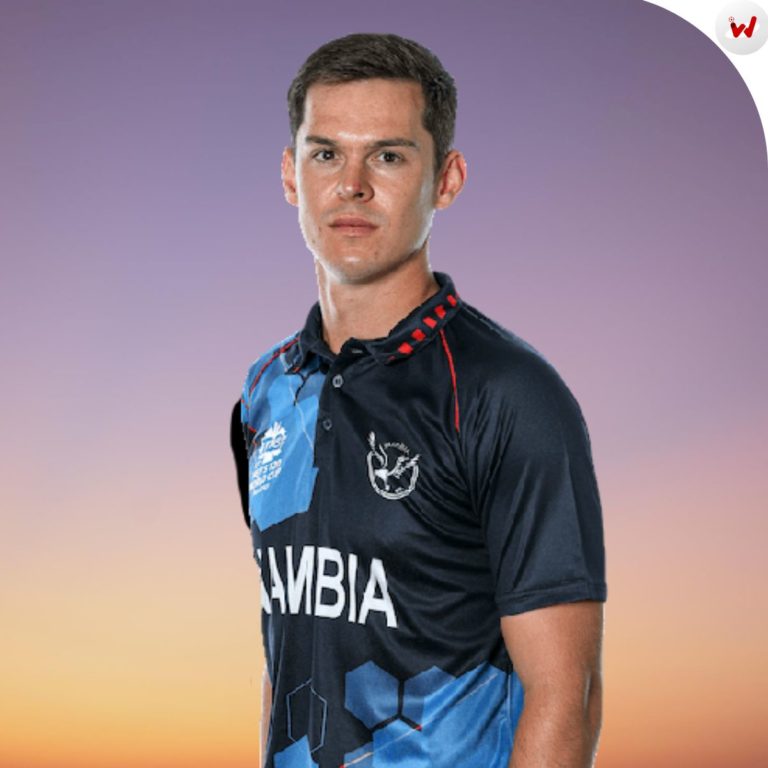 Michael Van Lingen is a Namibian cricketer who lives in Namibia. Lingen is a bowler who plays as left-arm medium. He was first played for Paarl Boys High School, South Africa and played in Under-19 Namibia team in Under-19 Cricket World Cup in 2016 for Namibia.

Lingen was first played in Paarl Boys High School, South Africa. After giving his performance in Paarl Boys High School, he was selected for Namibia’s squad for the 2016 Under-19 Cricket World Cup, where he played 5 matches and took 11 wickets and became most successful bowlers in that tournament. After playing in Under-19 World Cup, Lingen made his debut in First-Class for Namibia against Easterns cricket team on March 3, 2016. After that, he made his debut for Namibia in List A against Easterns on March 5, 2016.  In List A debut match, Lingen took his first of Emest Kemm.

Lingen was selected in Namibia’s squad for T-20 International matches for Uganda series in March 2021, but he did not get chance to play on field. After that, he was selected for 2021 ICC Men’s T-20 World Cup in September 2021, but in next month he was named T-20 squad for Namibia in 2021 Summer T-20 Bash. He made his International debut in T-20 format against Papua New Guinea (P.N.G) on October 10, 2021. After T-20 debut, he was selected in Namibia’s squad for 2021 Namibia Tri-Nation Series in One Day International (ODI) format. He made his ODI debut against Oman on November 26, 2021. He scored his ODI maiden century in United States Tri-Nation Series tournament against Papua New Guinea on September 20, 2022.