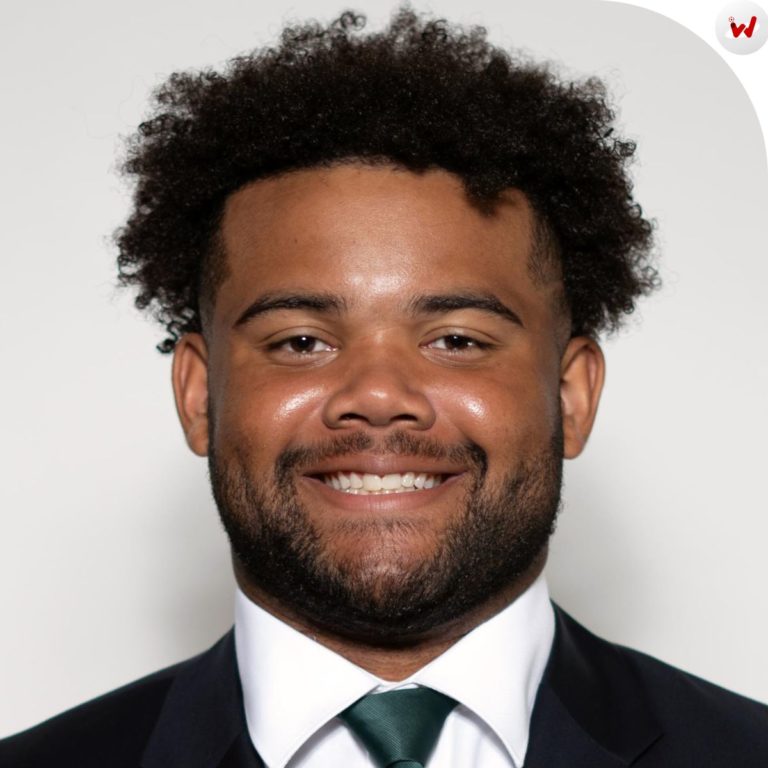 Manny Jones is an American Footballer who lives in Cartersville, Georgia. Manny plays at the position of Defensive line. In National Football League, he plays for Arizona Cardinals. He has took 12 tackles for Utah State University, and his best 3.0 sack against Wyoming Cowboys football team. Mostly he plays for Mountain West Conference team.

Manny Jones was born on June 6, 1999 at Cartersville, Georgia. His father’s name is Stephen Jones and mother’s name is Marliyn Jones. He has two younger siblings Titus and Caleb in the family. His mother Marliyn has played basketball in college during the studies of nursing.

In 2017, Manny started his career in that year he played 12 matches and started one with 35 tackles, 6.0 tackles for loss, and 2.0 sacks. After that, he was injured and missed New Mexico Bowl. Later on September 9, in took 3 solo tackles including his first career tackle for loss and won the match against Abilene Christian. On October 7, he took 4 tackles and 2.0 sacks and had the best game of his young career against Utah State University. After that in his young career he took 7 tackles and 1.0 tackle loss against Boise State University on November, 11.

In 2018, Manny played 10 games and started 8 matches and took 16 tackles solo with total 34 tackles, 7.5 tackle loss, 2.0 sacks, 1 interception and 5 quarterback hurries. On August 25, Manny played against Hawaii and took 4 tackles, 1.5 tackles of loss and a quarterback.