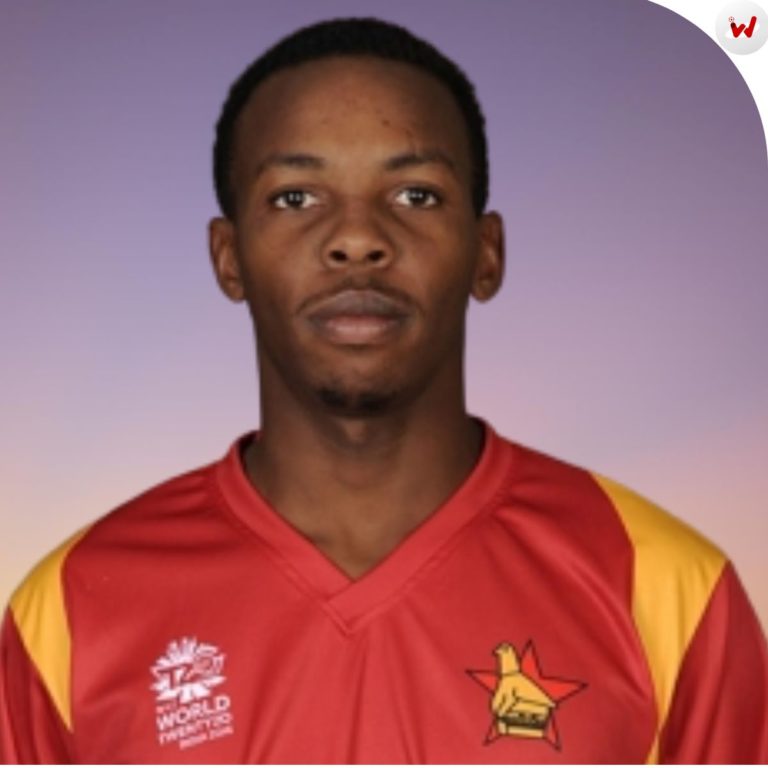 Tony Munyonga is a Zimbabwe cricketer, who lives in Chitungwiza, Zimbabwe. He is an all-rounder who bowls as right-arm off break and bat with right-handed. Munyonga has played for Mashonaland Eagles, Rising Stars, Zimbabwe Under-19 and currently playing Zimbabwe national cricket team.

Tony Munyonga was born on January 31, 1999 at Chitungwiza, Zimbabwe. His brother name is Ryan Munyonga.

Munyonga started his career while playing for Rising Stars. He made his first class debut against Mountaineers on November 12, 2017 in 2017-18 Logan Cup. After that for same team, he also made his debut in List A for Rising Stars against Mashonaland Eagles on April 17, 2018 (2017-18 Pro50 Championship). On his list A debut, he scored 74 runs and in he was selected for player of the series in that tournament. Later, Munyonga was selected in Mashonaland Eagles and made his T-20 tournament debut against Rhinos on March 17, 2019.