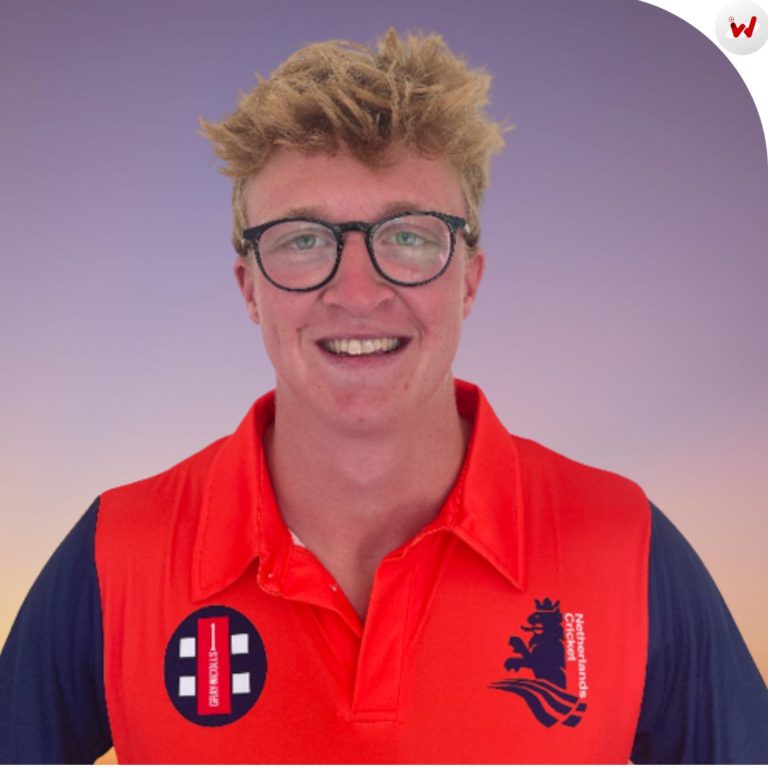 Tim Pringle is a Dutch-New Zealand cricketer who lives in Netherland. He plays as Right-handed batsman and left-arm orthodox, he is an all-rounder. Pringle has played for New Zealand Under 19 team and Netherland team.

Tim Pringle was born on August 29, 2002 at The Hague, Netherlands. His father’s name is Christopher Pringle, who is a New Zealand former cricketer. Christopher was a fast bowler, who had played 64 matches in ODI and 14 matches in Test for New Zealand from 1990-95. Pringle’s mother is Dutch.

Pringle has played New Zealand team in Under-19 and Now, playing for Netherlands. Pringle was named in Dutch squad for ODI series against England in June 2022. He made his One day International (ODI) debut against England on June 19, 2022, at Amstelveen. In his debut match, he took his first wicket of Liam Livingstone in ODI format. After one month, he was named in 2022 ICC Men’s T-20 World Cup Global Qualifier B tournament in Zimbabwe. Later on, Pringle made his Twenty20 International debut against Papua New Guinea at Bulawayo, Zimbabwe on July 11, 2022, but in that match, he did not got any wicket. After that on July 12, 2022, he was in Netherlands playing XI against Hong Kong and took first wicket of Zeeshan Ali in T-20 format.