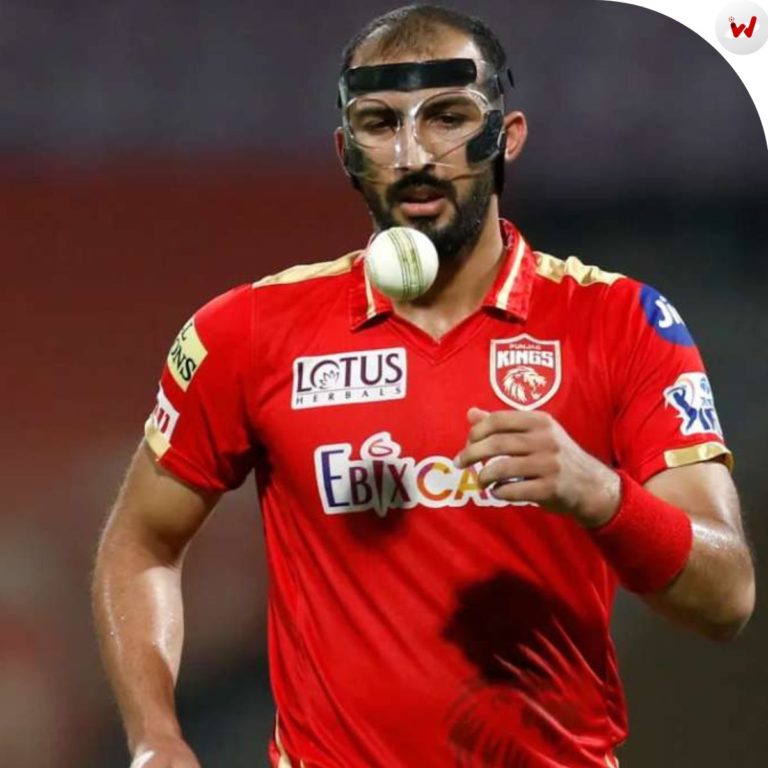 Rishi Dhawan is an Indian cricketer who lives in Mandi, Himachal Pradesh. He is an all-rounder who plays as right-handed batsman and right-arm medium fast bowler. He plays for Himachal Pradesh in domestic matches and in Indian Premier League he is the part of Kings XI Punjab.

Rishi Dhawan was born on 19 February 1990 who lives in Mandi, Himachal Pradesh. His elder brother Raghav Dhawan is also a cricketer.

Later on In 2022, IPL auction Punjab bought him at price of Rs.55 Lakh. Rishi got instant limelight in the match of Chennai vs Punjab held at Wankhede Stadium, for wearing face protection on his face. Those people who had come to watch that match did not understand anything that why bowler wearing mask on his face? Later, Rishi revealed that, he was wearing face protection so that could avoid getting head injury in the future.

Rishi Dhawan has married with his longtime girlfriend Deepali Chauhan. She is an Indian model and also won several awards in modeling like Miss Exodia award in 2014 and Beautiful Smile award in Miss Himachal competition 2015 etc. The both couple met each other for first time in concert by Mika Singh. They both were engaged on 21 January 2017, and after two year they married on 8 February 2021. They both are blessed with one son Ridharv.