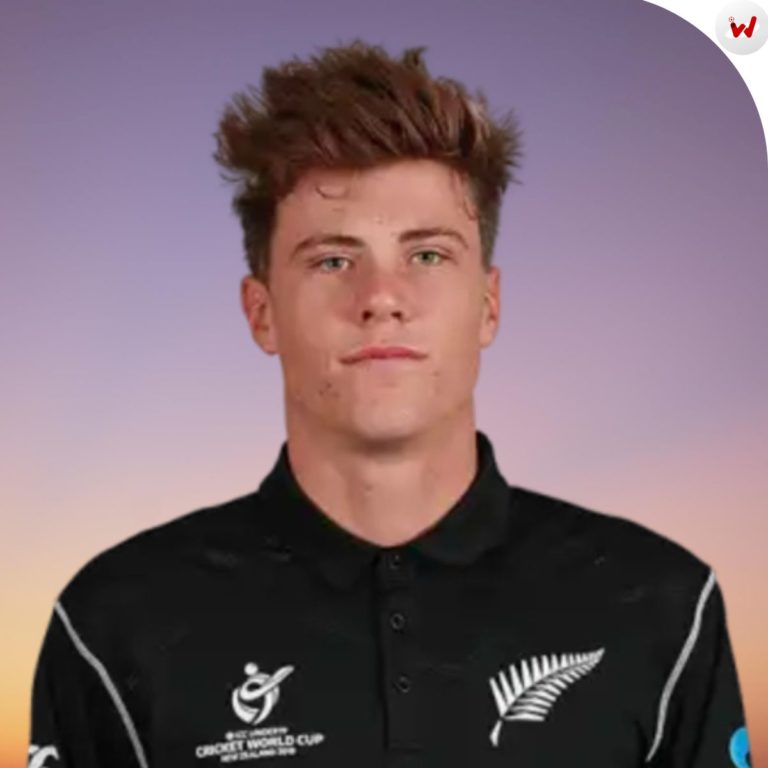 Finn Allen is a New Zealander cricketer who lives in Auckland, New Zealand. He is a batsman and wicket-keeper who plays with right-hand. In domestic matches Allen started playing for Auckland cricket team (2017-20). After that, he was moved to Wellington Firebirds team in Super Smash League 2020 and in Indian Premier League, Allen was bought by Royal Challengers Bangalore at place of Josh Philippe IPL auction at price of 20 Lakhs on March 2021.

Allen started playing cricket, in school days at Saint Kentigern High School. After seeing his performance in school days playing cricket, he was selected for New Zealand squad for Under-19 Cricket World Cup 2016 at the age of 15, even Allen did not made his first-class debut before selecting in New Zealand squad. In that World Cup, he played 12 matches and scored 548 runs with a century and 3 half-century.

While playing in domestic matches for Auckland, Allen was featured in 2 edition of ICC Under-19 World Cup in 2016&2018. In the 2018 World Cup, he was leading the New Zealand team as a captain. Allen started the tournament with smashing 115 (not out) runs against West Indies. After that in second match of tournament, he scored his fastest half-century in 18 balls against Kenya. In that tournament, Allen was leading run scorer for New Zealand with 338 runs.

After playing 2018 Under-19 World Cup, Allen was selected in 2020-21 Dream 11 Super Smash tournaments for Wellington Firebirds. In tournament, he appeared in 11 games and scored 512 runs with 6 half-century at average of 56.88. Later on, Allen was named in New Zealand squad for three-match series against Bangladesh in T-20 format in March 2021. He made his debut in T-20 format against Bangladesh on March 28, 2021, but he was dismissed for golden duck in his debut match. Then, Allen showed his metal in 3rd match where he scored 71 runs off 29 balls and also became second batsman to scored fastest T-20 fifty for New Zealand in just 18 balls on April 1, 2021.

In IPL 2021, Allen was not selected by any franchise during auction, but RCB picked him at the replacement of Josh Philippe on March 2021. In 2022, his base price was Rs.50 lakhs in mega auction and was signed with RCB at price of Rs.80 Lakhs.

After finishing 2022 IPL season, Allen was selected for New Zealand ODI squad for tour of Ireland and Scotland. He made his debut in ODI against Ireland on July 10, 2022. After Ireland series, Allen played against Scotland in T-20 format on July 27, 2022. On that day he scored his first T-20 International century against Scotland.