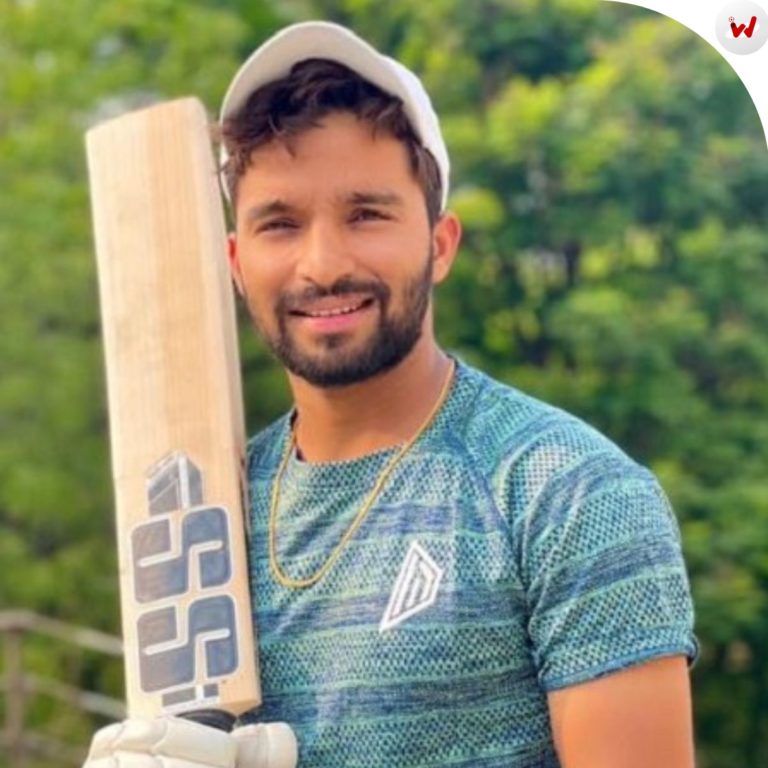 Rajat Patidar is an Indian Cricketer who lives in Indore, Madhya Pradesh. He is a right-handed batsman. Rajat plays for Madhya Pradesh in domestic match in cricket, and for Royal Challengers Bangalore in IPL. In October 2022, he is named in India A cricket team for One Day International (ODI) series against South Africa.

Rajat Patidar was born on 1 June, 1993 in Indore, Madhya Pradesh. He belongs to a businessman family. At age eight, he joined cricket club and started performing well at his cricket club so he joined Cricket Academy in Indore with the help of his grandfather. He completed his schooling at New Digambar Public School.

Rajat has played many Domestic and National matches and made records for upcoming cricket players. At his school days, he was playing in U-15. He made his debut in First class for Madhya Pradesh on 30 December 2015 against Vadodara. He made a total score of 2588, with 7 century and 14 half-century in first class. After that he made debut in T-20 tournament in 2018, at Raipur. He had played 38 matches including IPL matches he scored 1136 runs with average of 34.42 while hitting 1 century and 8 half- century.

In 2021, he made his debut in RCB was selected at price of 20 Lakh, in that year he got 4 matches to play and score only 71 runs at the highest score of 31.  In 2022, he was selected for RCB, but was not selected during auction of 2022 IPL even at the base prize of 20Lakh, and he got chance to play for RCB as the replacement of Luvnith Sisodida. He played his first 2022 IPL match on 26 April 2022 against Rajasthan but he scored 16 runs. He became famous on 25 May 2022, in the match against Lucknow Super Giants where RCB batsman were struggling to make runs, he opened and created a history by scoring 122 runs.

Rajat has recently named in India A cricket team squad for One Day International (ODI) for home series against South Africa on 3 October 2022.