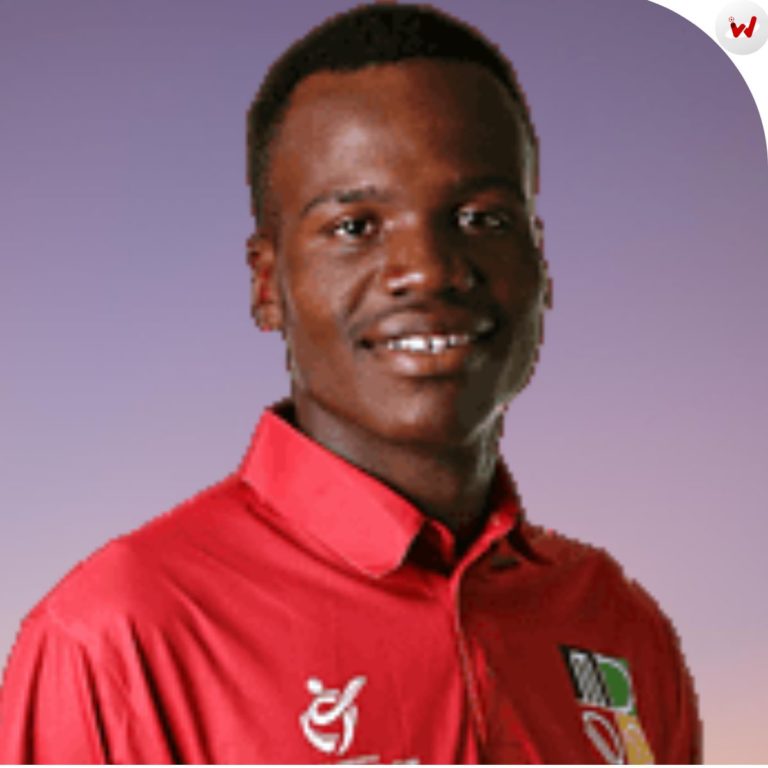 Milton Shumba is an Zimbabwe cricketer who lives in Chitungwiza, Zimbabwe. He is batsman who bats as left-handed. Shumba has played in Matabeleland Tuskers, Rising Start, Zimbabwe Under-19 and now currently playing in Zimbabwe cricket team.

Milton Shumba was born on October 19, 2000 at Chitungwiza, Zimbabwe.

Shumba started his career while playing in 2016 Africa T-20 Cup for Zimbabwe. He made his T-20 tournament debut on September 30, 2016 against Eastern Province. After debut, he was part of Zimbabwe’s squad for 2016 Under-19 World Cup. Later on, Shumba made his debut in First Class for Rising Stars against Mountaineers in 2017-18 Logan Cup on November 12, 2017. Later he was also selected in Zimbabwe’s squad for 2020 Under-19 World Cup.