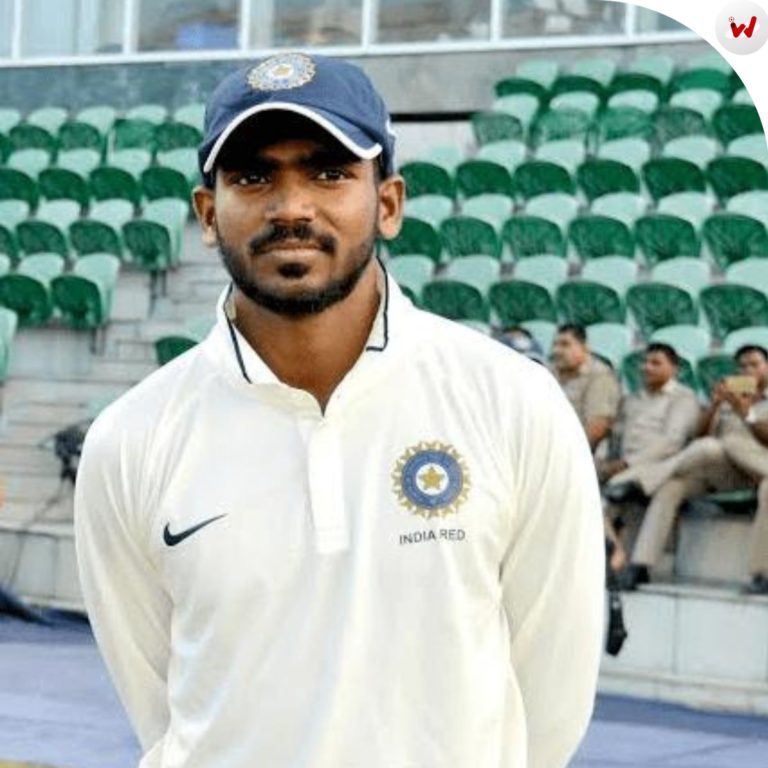 Kona Srikar Bharat is an Indian cricketer who lives in Visakhapatnam, Andhra Pradesh. He is a batsman and wicket keeper who plays as right-handed batsman. Bharat started his career by playing domestic matches for Andhra cricket team. In 2012, he made his debut in List A matches. Later on In 2013, he made his debut in First class matches and in same year Bharat also made his debut in T-20 tournament. In 2022, he is the part of Delhi Capitals in Indian Premier League.

K.S. Bharat was born on 3 October 1993 at Ramachandrapuram, Godavari, Andhra Pradesh. After that they were shifted to Visakhapatnam. His father Srinivasa Rao is an officer in Naval Dockyard, and his mother Kona devi is a housewife.

In 2012, Bharat was started is cricket career while playing domestic matches. On 20 February 2012, he made his debut in List A For Andhra Pradesh against Tamil Nadu at Bangalore. In list A he had the highest score of 161 (not out). After in same year Bharat made his First Class debut against Kerala on 29 December 2012 to 1 January 2013. In first class he made highest score 308 runs against Goa and became the first wicketkeeper to score triple century in Ranji Trophy. Later on he made his debut in T-20 tournament against Tamil Nadu on 17 March 2013.

In 2015, Bharat was bought by Delhi Daredevils at price of Rs.10 Lakh in Indian Premier League, But they did not gave him a single match to play and released him in next season. After that in IPL auction 2021, Royal Challengers Bangalore bought him at the price of Rs.20 Lakh. In that year he played 8 matches and scored 191 runs with the highest score 78 (not out). On 8 October 2021, he played the match against Delhi Capitals, RCB required 5 runs in last and Bharat hit the six and they won match that match gained his popularity. Later on in 2022, Delhi Capitals bought him at price of Rs.2crore, but they gave him only to matches and he only scored 8 runs.

K.S. Bharat was added to India’s Test squad in November 2019 against Bangladesh. Later on he was selected for an India tour of Australia 2020  at the place of Rishabh Pant in ODI format. After that in January 2021, he was selected for the India’s Test squad against England as standby player. Later on Bharat again selected in May 2021 in place of injured player Wriddhiman Saha. In November 2021, he came on field in his first test for India against New Zealand. In that match, he played a role as wicketkeeper and managed to take two catches and he also dismissed Tom Latham for 95 runs by stumping him while Axar Patel’s bowling. After 2-3 month he was selected in India’s Test squad against Sri Lanka in February 2022. In May 2022, he was again selected in Test squad , but this time for the rescheduled fifth Test against England.

K.S. Bharat married with his longtime girlfriend Anjali Nedunuri. They both were dating each other from 10 years. On 5 August 2020, they married at small ceremony in Vishakhapatnam, during the time of COVID-19.