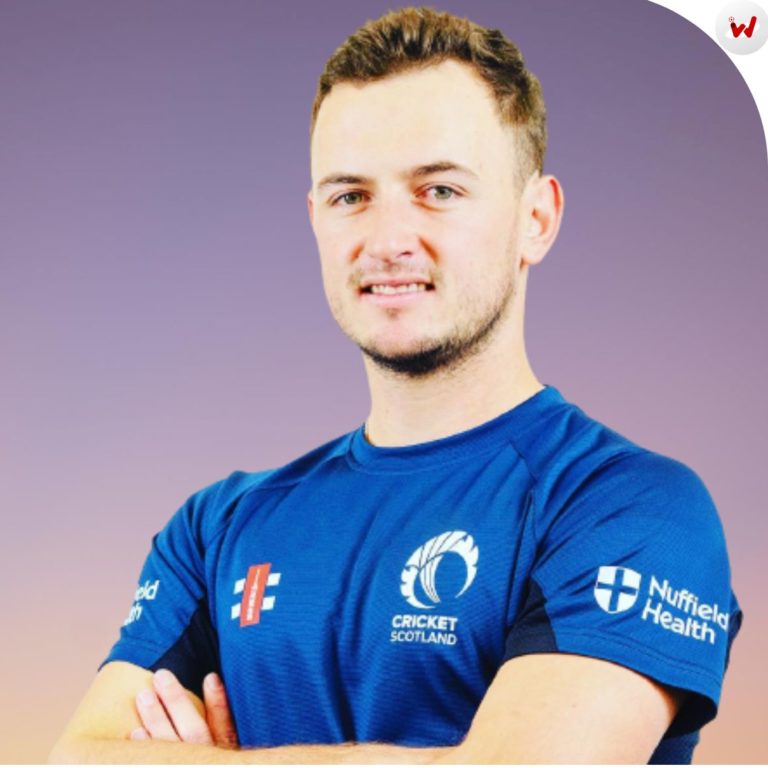 Chris Greaves is a Scotland cricketer who lives in Scotland. He is a all-rounder who bowls as right-arm leg break and bat with right-handed. Before playing in Scotland provincial squad, Greaves was playing for Scotland Wolves.

Chris Greaves was born on October 12, 1990 at Johannesburg, South Africa. After his birth his family was shifted to Scotland. His sister name is Nicole Greaves.

Greaves started his career while playing in Ireland Wolves (Scotland A team) team. He was selected for Ireland Wolves squad for Ireland tour in June 2019. He made his List A debut against Ireland on June 6, 2019. After 2-3 days of List A debut, Greaves also made his T-20 tournament debut against on June 9, 2019. After playing in Ireland Wolves team, Greaves was selected for T-20 International squad against Zimbabwe and also selected for Summer T-20 Bash and 2021 ICC Men’s T-20 World Cup in September 2021. Later on, Greaves made his T-20 debut against Papua New Guinea on October 8, 2021. After this match, Greaves came on field in T-20 World Cup 2021 and played against Bangladesh and scored 45 runs off 28 balls and also took 2 wickets of Shakib Al Hasan and Mushfiqur Rahim and named man of the match on October 17, 2021. In 2021 ICC World Cup Greaves appeared in 3 matches scored 97 runs and took 6 wickets.

Greaves was selected for Scotland squad for One Day International (ODI) for United States Tri-Nation Series in May 2022. He made his ODI debut against United States on May 29, 2022. Greaves scored his maiden ODI half-century against Namibia and also became the man of the match on July 14, 2022. Now, 2022 he is selected for 2022 ICC Men’s T-20 World Cup in September 22, 2022.