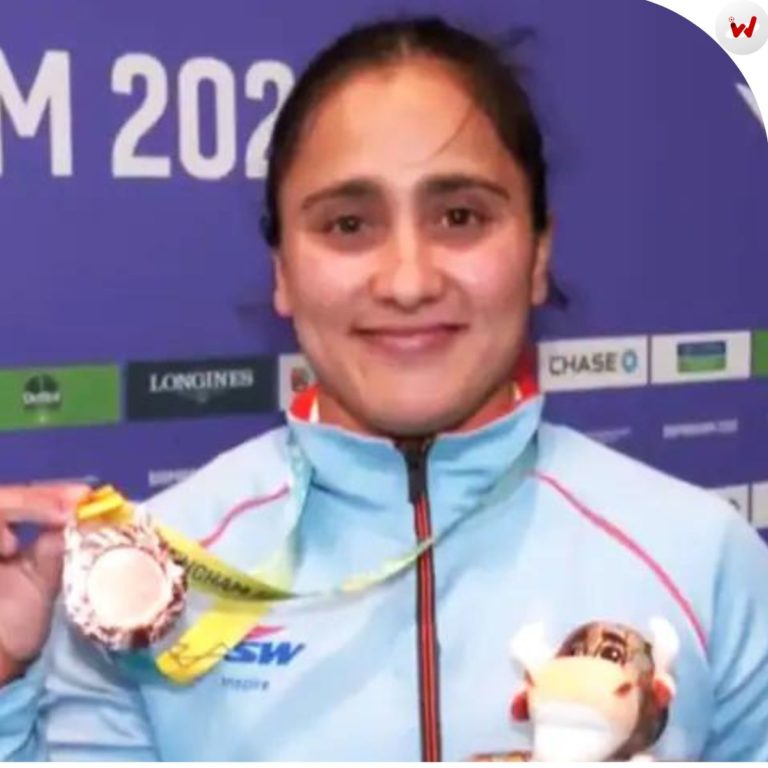 Harjinder Kaur is an Indian Weightlifter who lives in Mehas Village near Patiala, Punjab. She represented India in 2021 Commonwealth Youth Games in 71kg category where she won silver medal. Now, 2022 she won the bronze medal in Commonwealth Games in 71kg category in this she lifted 212kg. In 2017, she won the Gold medal Inter-State National Weightlifting Championship in Kolkata.

Harjinder Kaur was born on 14 October 1996 in Mehas, Village near Patiala, Punjab. Kaur wanted to be a Hockey player from her childhood. She started training at Baldev Singh Academy which was located in near her village. After that in 2008 she married with the former hockey played Sandeep Singh, and she too was a Hockey player but quit after marriage, she became homemaker.