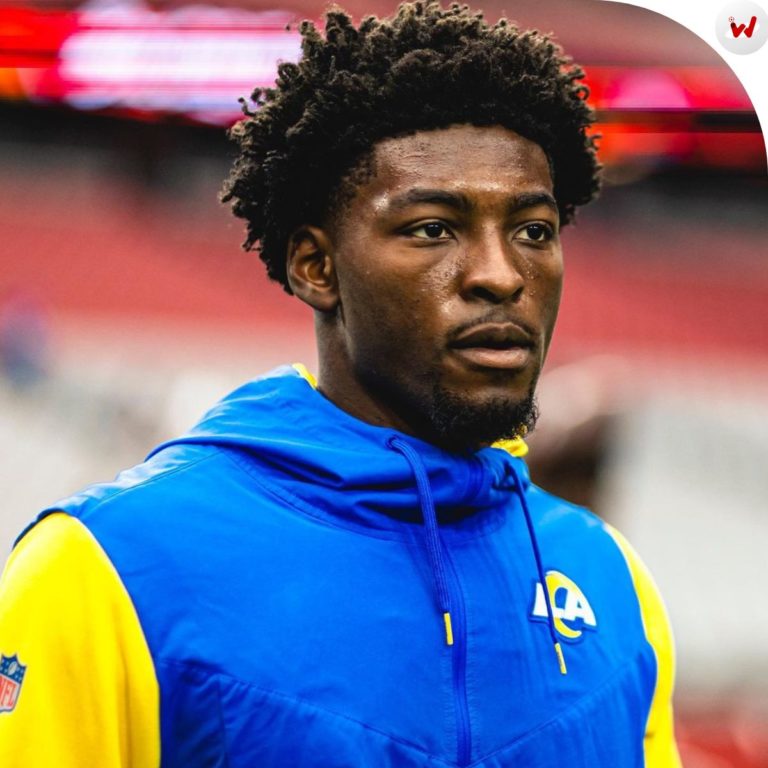 Russ Yeast is an American footballer who lives in Danville, Kentucky. He plays at position of defensive back in gridiron footballer. He plays for Los Angeles Rams in National Football League (NFL) and Louisville Cardinals Football team in college football.

Russ Yeast was born on May 8, 1999 in Danville, Kentucky. His father’s name is Craig Yeast, mother’s name is Tori Yeast and sister’s name is Kiyah Yeast. His father, Craig is the head coach of Kentucky Wesleyan football team. He has played college football at Kentucky and registered 208 receptions with 2,899 yards and 28 touchdowns and was also signed with Cincinnati Bengals in 4th round in 1999 NFL Drafts season. Yeast’s mother, Tori was a basketball player.

Russ has attended his high schooling at Center Grove High School, Indiana and went to University of Louisville for further studies.

Yeast started his football career while playing in Center Grove High School, Indiana under head coach of Eric Moore. He was the third-best player in the state of Indiana in 2017 season. Later on, Yeast was enrolled in University of Louisville for college football.

Yeast started his college football career after entering in University of Louisville, where he played for Louisville Cardinals Football team. As true freshman, Yeast appeared in 12 games with 7 starts and recorded 5 tackles in 2017 season. After that as sophomore season, he appeared in 11 games at corner back position and registered career high 1.5 tackles for loss, 0.5 sacks against Kentucky team and also returned 2 kickoffs for 45 yards against North Carolina football team in 2018 season. Later on in 2019 season, Yeast started all 11 games and registered career high11 tackles against Boston College, but at the end he miss final two games due to an injury.

In 2020 season, Yeast appeared in 11 games at position of safety and recorded 7 tackles against Virginia Tech. later on in end of 2020 season, he was transferred in Kansas State, where he played in Kansas State Wildcats football team. After that in 2021 season, Yeast appeared in 13 games at Safety position and registered 48 tackles, 1.5 tackles for loss, 4 interceptions and 14 passes defensed and also named First Team All-Big 12 honors form the league’s coaches. In end of 2021 season, Yeast announced that he is entering in 2022 NFL Drafts season.

Yeast signed with Los Angeles Rams in 7th round with 253rd overall picks in 2022 NFL Drafts.