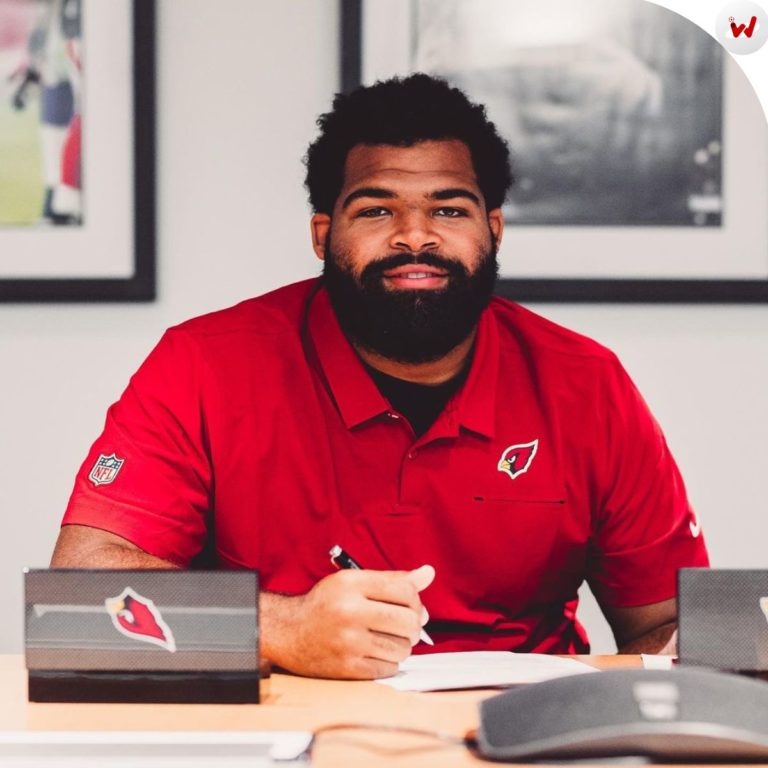 Rashard Lawrence is an American Footballer who lives in Baton Rouge, Louisiana. He plays as Nose tackle, it is an defensive tackle position. He has played his high school football in Neville High School. Then Rashard played his College Football at LSU Tigers Football team. In 2020, he was selected for Arizona Cardinals in National Football League (NFL).

Rashard Lawrence was born in Monroe, Louisiana on August 27, 1998. He and his family was shifted to Baton, Rough Louisiana. He has completed his high schooling from Neville High School and then done further studies from Louisiana State University.

Rashard was attended in Neville High School in Louisiana. In 2014-15, he helped the Neville High School to back to back 4A state Championship and won the tiles against Warren East (28-27). Later on Rashard was rated the nation’s NO. 21 ranked player according to Scout and the No. 1 player in Louisiana State as true freshman All-America. In 2015, he was selected to the Max Preps team as defense. In 2016, he was enrolled to play for Under Armour All-America Game, but he was unable to plays because of an injury. After that five star recruit, he was enrolled in Louisiana State University to play college football.

Rashard was attended in LSU Tiger’s team. In 2016, he as true freshman at LSU, he played 9 matches and took 6 tackles and a sack. After that he started his second season in college football in 2017, where he played 10 games and took 32 tackles and 1.5 sacks. Later on in 2018, he played in junior team, where he started 13 games and took 54 tackles with 4 sacks. On January 1, 2019, Rashard played match in Fiesta Bowl 2019, and became the most valuable player after recording 2 sacks.

Rashard was drafted by Arizona Cardinals in the 4th round with the 131st overall pick in National Football League 2022 (NFL). In that season he was placed on injured reserve on October 17, 2020, with calf injury. After that on December 1, 2020, he was recovered. Rashard in 2021 season, he was playing for Cardinals as nose tackle. Later on November 6, 2021, was again placed due to calf injury and was recovered on December 13, 2021.