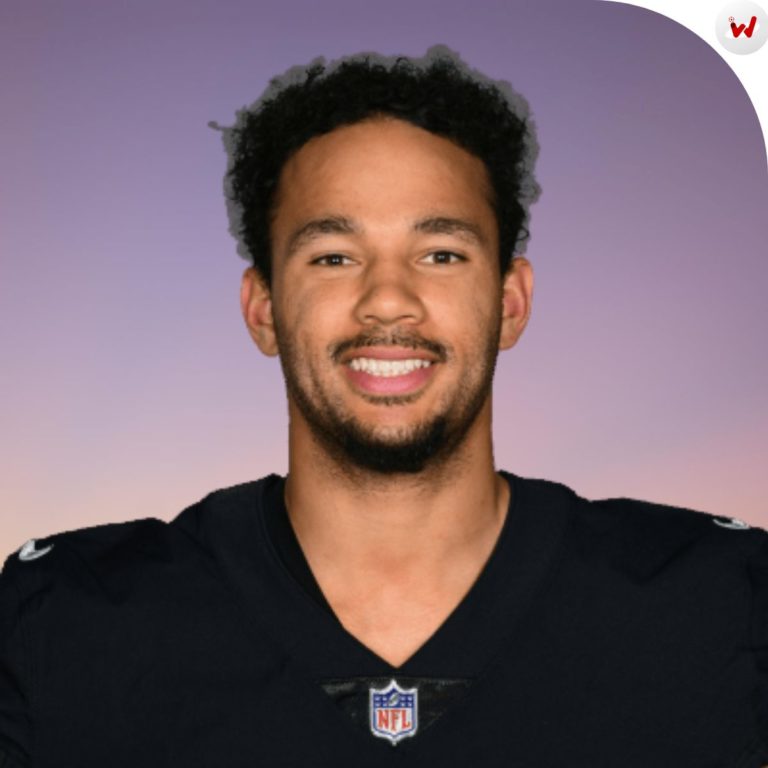 Marcell Ateman is an American Footballer who lives in Dallas, Texas. He plays as Wide Receiver position in gridiron football. Ateman has played high school football at Wylie East High School and college football for Oklahoma State Cowboys Football team. In National Football he has played for Oakland Raiders (2018-21) and in 2022, he is playing for Arizona Cardinals.

Marcell Ateman was born on September 16, 1994 at Dallas, Texas. His father’s name Ronald Ateman and mother’s named is Arlene Ateman. He has completed his high schooling from Wylie East High School and went to Oklahoma State University for further studies.

Ateman has attended his high schooling career at Wylie East High School, where he recorded 84 receptions for 1,584 yards and 27 touchdowns.

Ateman has attended his college football career University of Oklahoma State, where he played for Oklahoma State Cowboys Football team. In 2013, as true freshman, Ateman appeared in 13 games and recorded 22 receptions for 276 yards. After that in sophomore season as junior, he recorded 45 receptions for 766 yards and 5 touchdowns, after that in same season, Ateman played for senior where he recorded 20 receptions for 268 yards. He was nor unable to 2016 season, because of foot injury. After that in 2017 season, he was recovered and appeared in 13 games and recoded 59 receptions for 1,156 yards and 8 touchdowns. In 2018, Ateman announced that he is entering in NFL Drafts.

Ateman was selected by Oaland Raider in 7th round with 228th overall picks in National Football League (NFL) Drafts 2018. On September 1, 2018, he was waived and next day joined to practice squad. After 2 months, Ateman made his debut against Arizona Cardinals, where he recoded 4 receptions for 50 yards and won the match 23-21 on November 18, 2018. In next season, on August 31, 2019, he was waived and again re-signed for practice squad on next day.