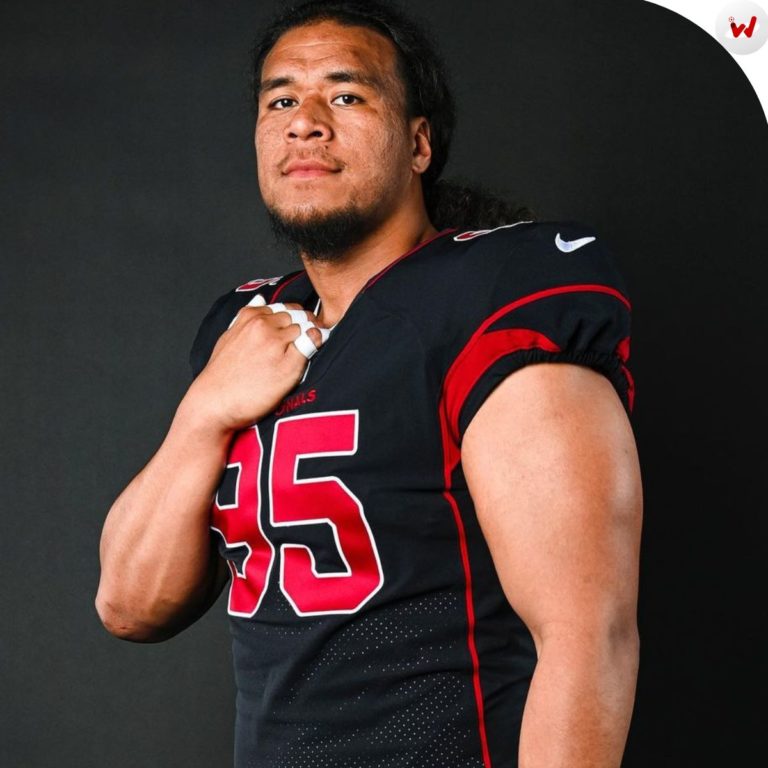 Leki Fotu is an American Footballer who lives in Oakland, California. He plays as Defensive Tackle in gridiron football. Leki has played his High School football at Herriman High School and played college football at Utah Utes football team. In National Football League (NFL), he plays for Arizona Cardinals.

Leki Fotu was born on August 23, 1998 at Oakland, California to Likiliki Fotu and Toa Fotu. His parents were born in Tonga and before the birth of Leki Fotu they both shifted to United States. Leki has attended his High Schooling at Herriman High School and he went to University of Utah for further studies. He was earned his bachelor’s degree in Human Development and Family Studies in 2020.

Leki as true freshman has appeared in 5 games. After that in sophomore season he appeared in 13 games with 2 starts and took 22 tackles, 3.5 tackles for loss, a pass defensed, one forced fumble and a fumble recovery. In 2018, as junior Leki appeared in 13 games and took 33 tackles, sacks 3.0, 5.5 tackles for loss. In the end of junior season, Leki was the part of first-team all-Pac-12 Conference. In 2019, he was named as a team captain, earned second-team All-American honors from Walter Camp, Football Writers Association of America (FWAA) and Phil Steele and third-team honors from the AP as a senior.

Leki in 2020 NFL Draft was selected by the Arizona Cardinals with the 1st pick of the 4th round with overall 114th. In 2021, he appeared in 17 regular season games with 3 starts and took 19 tackles with 8 solo, 3 passes defensed, 2 tackles for loss and a forced fumble. In 2022, he is the part of Arizona Cardinals.