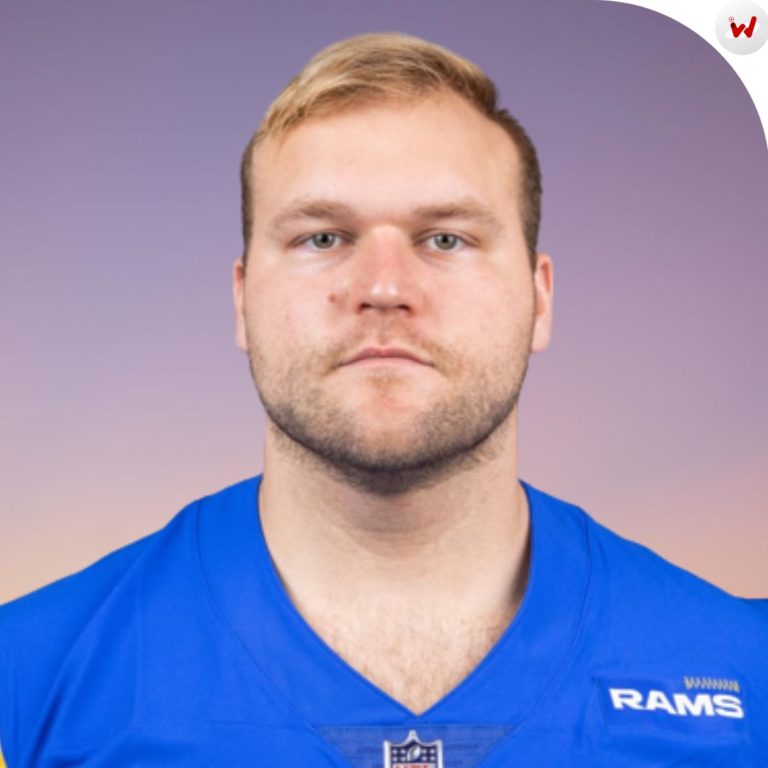 Brian Allen is an American Footballer who lives in Hinsdale, Illinois. Allen position is Centre in gridiron football. The Centre is the innermost Lineman of offensive line. In NFL Drafts, he is playing for Los Angeles Rams since 2018.

Allen has completed his high schooling from Hinsdale Central High School and went to Michigan State University for further studies. He has pursued his degree in economics.

Allen started his high schooling career in 2013. In his first year he as junior, won the 2013 3A state wrestling championship at heavy weight with 285 pounds and finished the season while recording 48-0, after that in senior season, Allen received back to back state title while lifting 285 pounds, but lost the final championship match while finishing the year with 45-2 record and ranked on 6th position in national heavy weight at 285 pounds. After that, Allen was enrolled in Michigan State University for college football.

Allen started his college career while playing in Michigan State. In 2014 as a true freshman was named a first-team Freshman All-American by the Football Writers Association (FWAA). After that in a sophomore season, Allen appeared in 14 games with 12 starts as 10 left-guard and 2 center, he recorded 82.5 knockdowns. In College career, he has played four seasons and appeared in 51 games with 38 starts as 16 left-guard, 17 center and 5 right-guard. In end 2017 season, Allen announced that, he is entering in 2018NFL Drafts season.

Allen signed with Los Angeles Rams in 4th round with 111th overall picks in 2018 NFL Drafts. He made his NFL debut against Las Vegas Raiders on September 10, 2018. In that season, he appeared in 13 games with rookie season. After that in 2019 NFL Drafts season, he was playing as center on the place of John Sullivan. In that season, he appeared in stating 9 games and after that he was injured in Week 10 and was placed in reserved as injured player on November 12, 2019. Later in next season, his team Los Angeles Rams announced that Allen was first NFL Draft player to test positive for COVID-19 in 2020 NFL Drafts season.