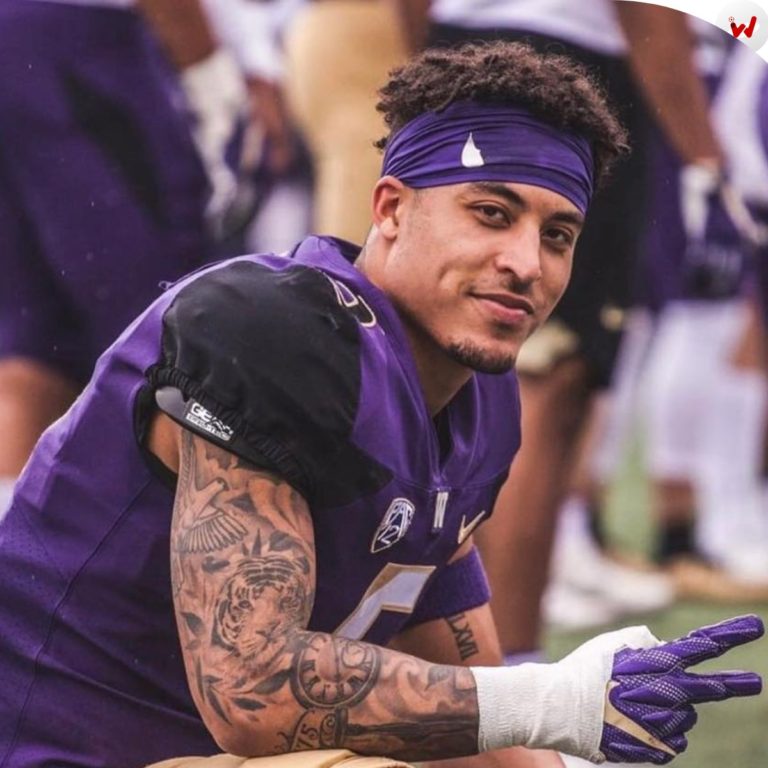 Andre Baccellia is an American Football who lives in Thousand Oaks, California. He plays at the position of Wide Receiver in gridiron football. Andre has played his high schooling football at Westlake High School and college football at Washington Huskies Football team. In National Football League (NFL) he plays for Arizona Cardinals since 2021.

Andre Baccellia was born on January 7, 1997 at Thousand Oaks, California. Andre has completed his high schooling from Westlake High School and went to Washington University for further studies.

Andre has attended his schooling football career at Westlake High School. He started playing as junior, Andre recorded 46 passes for 954 yards and 11 touchdowns. He helped the team to 8-3 record for Marmonte League title. In track race, he finished third place in 100 meter race at the Ventura County Championship.

Andre Baccellia was enrolled to University of Washington to play college football. In 2016, during his redshirt freshman season he played 14 games. After that in sophomore season, Andre appeared in 8 games and recorded 16 catches for 187 yards. Later on in 2018 as junior, he saw in 14 games with 5 starts and recorded 55 receptions and 584 yards. In that year he was earned the Husky coach offensive player of the game with career high 8 receptions in the Pac-12 Championship against Utah Utes Football team. Andre played 11 games in 2019 as senior and recorded 29 catches for 314 yards and career high 4 touchdowns.

Andre was signed to Kansas City Chiefs as undrafted free agent in NFL Drafts 2020. After that he was released near the end of preseason by Kansas City. On August 29, 2020, he was signed by New England Patriots and was waived less than a week later.