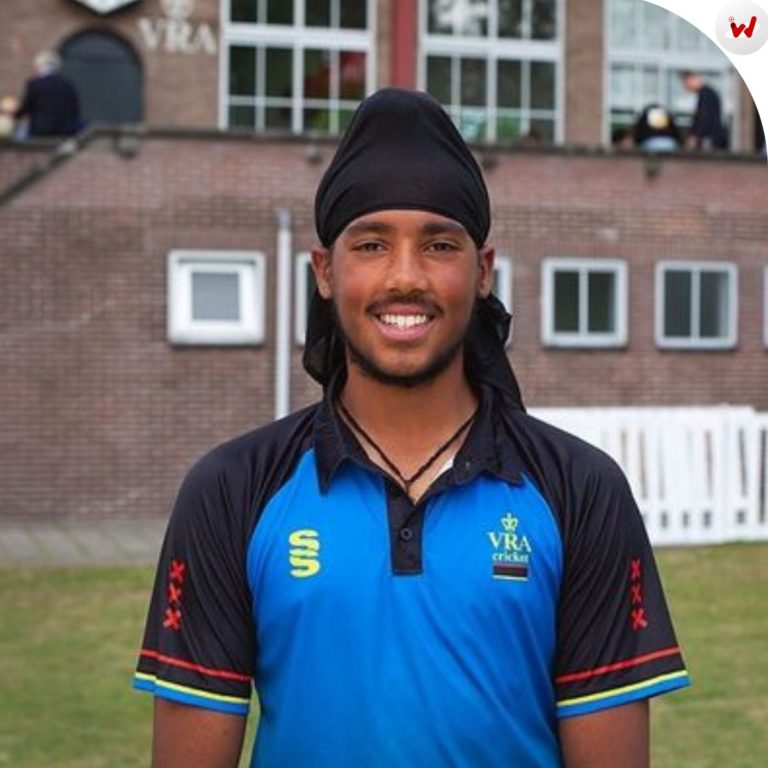 Vikramjit Singh is an Dutch Cricketer who lives in Netherland. He plays as Left-handed batsman. Singh plays for Netherland national cricket team. He has first started playing in list A matches. He first made his debut against Ireland on May 11, 2021 for Netherland team A.

Vikramjit Singh was born on January 9, 2003 at Cheema Khurd, Punjab. At age of 7, he was shifted to Netherlands.

Singh started his career at early age. In age of 15, he made his debut for Netherland Team A. In September 2019, Singh was named in the T-20 International match squad in the tournament of Ireland Tri-National Series. On September 19, 2019, he made his T-20 debut against Scotland for Netherlands. After giving his performance in T-20 matches, he was the 7th Dutch Cricketers to be named in senior team squad in April 2020.

Singh was again transferred into junior team for tour of Ireland in List A format. In that series, he made his list A debut on May 11, 2021 for Netherland team A against Ireland. In this month, Singh was also named in One Day International squad for Scotland series, but he did not get chance on to play on field. After that, in February 2022, he was named in New Zealand tour in ODI squad. On March 29, 2022, Singh made his ODI Debut against New Zealand. In ODI Format, he has played 12 matches and scored 367 runs in 2022. Now, he his named in ICC T-20 World Cup 2022 on September 2022.