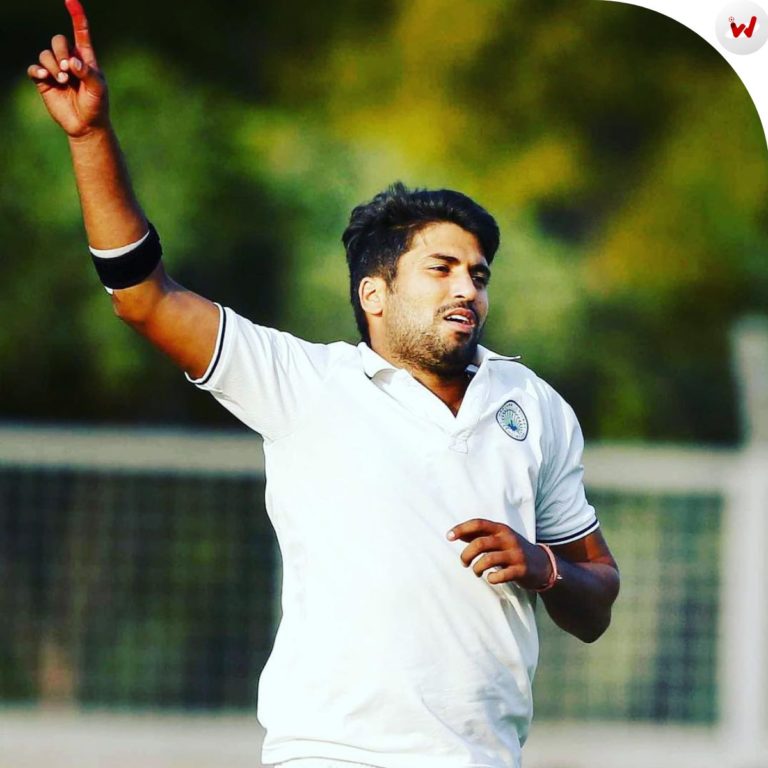 Mohit Sharma is an Indian cricketer who lives in Ballabhgarh, Faridabad, Haryana. He is a bowler who plays as right-handed batsman and right arm fast-medium bowler. In domestic matches, he plays for Haryana team. In 2013, he made his International Debut. In 2022, he is the part of Gujarat titans as net bowler.

In 2013, Mohit made is IPL debut for Chennai Super Kings and he played 15 matches and became second best bowler in that season by taking 20 wickets. After that in 2014 IPL auction Chennai bought him back at the price of Rs.2crore, in that year he won the purple cap by taking 23 wickets and became the best bowler in that season. In 2015, he was regular member of Chennai and played 16 matches and took 14 wickets and Mohit was moved to Kings XI Punjab in 2016 because CSK was faced two years ban. From Punjab side he played 14 matches and took 13 wickets in 2016. From 2016 to 2018, he was part of Punjab at the price of Rs.2.40crore. Later on In 2019 IPL auction Punjab released him and then again Mohit was bought by Chennai at price of Rs.5crore But they gave me 1 match to play. After that in 2020 IPL auction he was released by Chennai and then Mohit was bought by Delhi Capitals at price of Rs.50 Lakh. In 2022, he was roped by new franchise Gujarat titans as net bowler in IPL 2022 season.

Mohit made his ODI debut on 1 August 2013 against Zimbabwe in 4th ODI. He took his first wicket opening batsman Sikandar Raza and in that match he took 2 wickets and gave 26 runs in 10 overs and became the man of the match on his Debut match. After his debut match he was named in ODI squad for the home series against West Indies and the tour of South Africa. Later on he also made his debut in T-20 against Australia on 30 March 2014.

In 2015, he received a call for World Cup squad after Ishant Sharma was not added in tournament due to injury. In that World Cup 2015, he took 13 wickets in the tournament. After that he played few matches till the end of year and after that he did not get any single match in International matches.

Mohit Sharma got married with his longtime girlfriend Shweta Sharma. She is from Kolkata and has done course in Hotel Management. Mohit was engaged to his girlfriend on 17 January 2016 at Delhi. On 8 March 2016, they got married. The ceremony took place at Hotel Leela Palace in Delhi. The ceremony had attended by Virendra Sehwag and some cricket friends. The couple is blessed with a son in 2021.