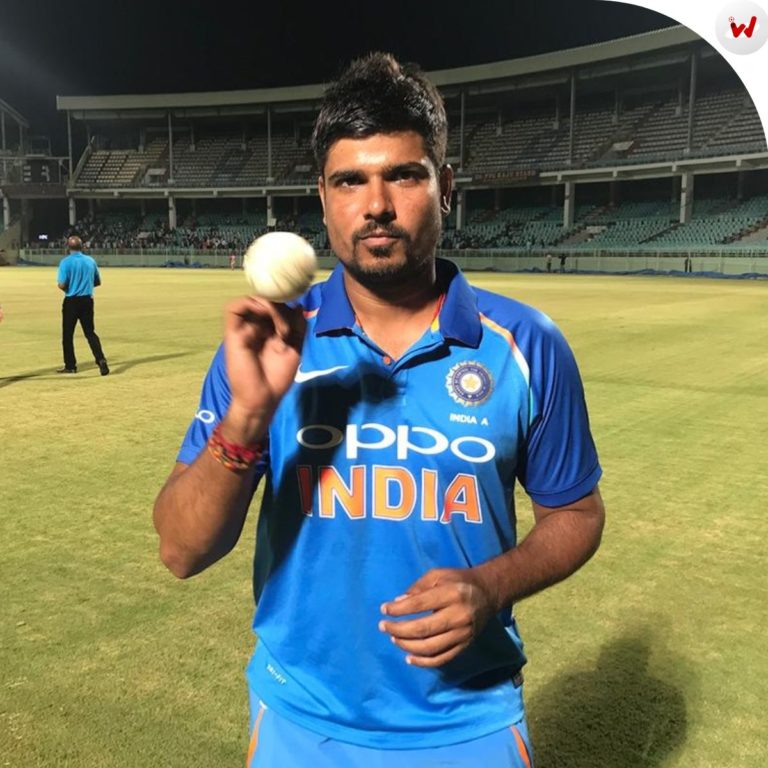 Karn Sharma is an Indian Cricketer who lives in Meerut, Uttar Pradesh. He is an All- rounder who plays as left-handed batsman and right-arm leg break googly bowler. In 2014, he made his T-20 international debut against England. After that, he made is ODI debut against Sri Lanka in International match in 2014, same year he also made his debut in Test against Australia.

Karn was born on 23 October 1987 in Meerut, Uttar Pradesh. He has been playing domestic cricket since 2007 representative of the railway team, but he got noticed in 2012-13 and was the highest-paid player in IPL 2014.

Karn started his career while working in Railway track repair. He made his first class debut in 2007 at Karnail Singh Stadium against Jammu and Kashmir, where he played as batsman while scoring 120 runs with 232 balls for Railways cricket team and won the match by inning and 88runs. After the in 2018 he was in squad of India Green for the Duleep Trophy, he was playing as wicket-keeper for Andhra Pradesh, with twelve dismissals in 8 matches.

On 7 September 2014, he made his T-20 International debut against England. After that on 13 November 2014 he made his ODI debut against Sri Lanka, but he did not get chance to bat on his debut match because he had a terrible outing with the ball. On 9 December 2014, Karn made his debut in Test against Australia in that match he played 2 innings and took 4 wickets.