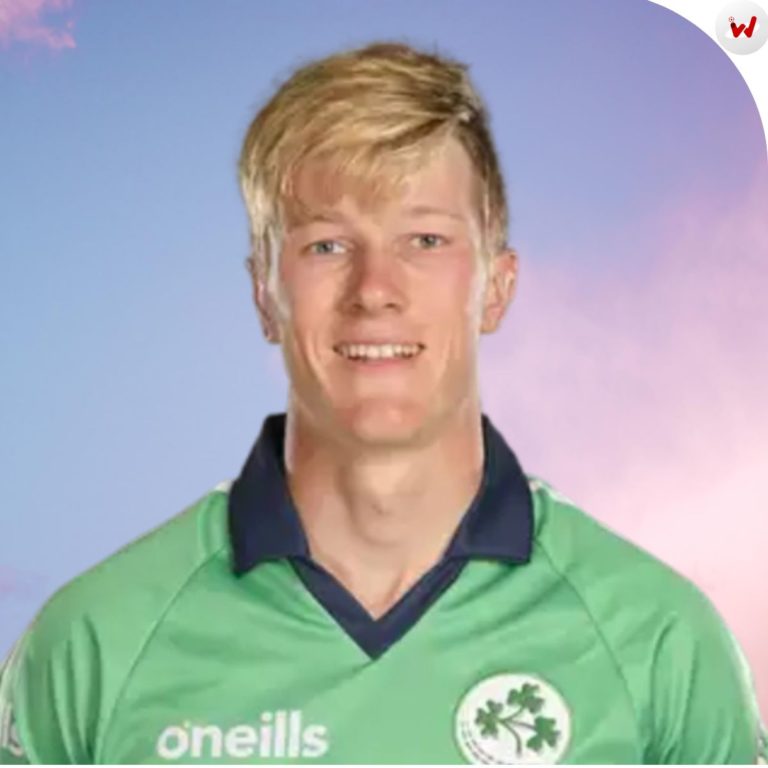 Harry Tector is an Ireland cricketer who lives in Dublin, Ireland. He is an batsman who plays as right-hand. Tector first appeared in 2016 Under-19 World Cup. In Irish inter-provincial cricket team, he has played for Munster Reds 2017, and then transferred to Northem Knights from 2018-21 and now, 2022 in Leinster Lightning team.

Harry Tector was born on December 6, 1999 at Dublin, Ireland. Tector has two brother, they both also plays for Irish cricket team.

Tector has started his career while playing for Munster Reds in 2017 Inter-Provincial Trophy in T-20 tournament. He made his T-20 tournament debut against Northern Knights on May 26, 2017. After that, Tector appeared in 2018 Inter Provincial Cup and he made his debut in List A for Northern Knights against North-West Warriors on May 28, 2018. From 2018-July 2022, in List A he made 2227 runs in 65 innings with 113 highest score. Later on, Tector was part of 2018 Inter-Provincial Championship and made his First-Class debut against Leinster on May 29, 2018. Tector was part of Euro T-20 Slam cricket tournament, where he was playing for Dublin Chiefs in July 2019. After that in 2021, he was named as the captain of Northern Knights in 2021 season.

Tector was selected for as the captain of Ireland’s squad for 2018 Under-19 Cricket World Cup in December 2017. In that tournament, he was rising star of the squad. He took 8 wickets in that tournament. After Under-19 World Cup, Tector was selected for Ireland T-20 International squad against Afghanistan in Oman Quadrangular Series, which was going to held in India, but he did not get chance to play on field. Later on, Tector was selected Ireland Wolves as captain for home series against Scotland A team. After that, he was named in T-20 International squad for 2019-20 Ireland Tri-Nation Series in September 2019. Tector made his T-20 debut against Scotland on September 17, 2019. He was selected for Ireland’s squad for the 2019 ICC Men’s T-20 World Cup Qualifier tournament in UAE in same month of his debut.

After that tournament, Tector was selected for Ireland’s Under-21 squad for ODI series against England in behind closed doors ( the spectators are not allowed). He made his One Day International (ODI) against England on July 30, 2020. From 2020-July 2022, Tector has appeared in 23 games and scored 895 runs with 2 century.

Harry Tector was married with his longtime girlfriend Gaby Lewis. She is also a former cricket who plays for Irish cricket team. Gaby plays as all-rounder. They both had married on July 22, 2019 at Dublin, Ireland.