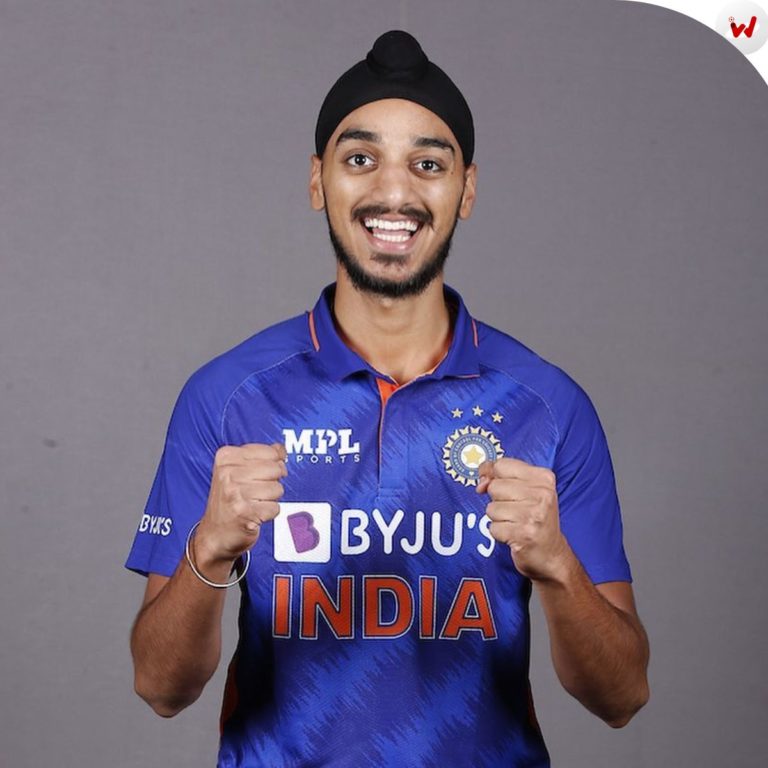 Arshdeep Singh is a fabulous Indian cricketer who plays for Punjab and Chandigarh in domestic cricket and Kings XI Punjab in the Indian premier league. He has shown some splendid performance in his career and left a mark in both domestic as well as professional cricket

Arshdeep was born on 5 February 1999 at Guna, Madhya Pradesh, India. His father name is Darshan Singh, Mother name is Baljit Kaur and sister name is Gurleen Kaur. Arshdeep has completed his schooling at Guru Nanak Public School, Chandigarh. He has started his career at his school under the guidance of his coach Jaswant Rai.

Arshdeep started playing cricket when he was in school. He performed exceptionally well in Vinoo Mankad Trophy for Punjab and took a lot of wickets in five matches in the inter-district ODI championship for DP Azad Trophy for Chandigarh.

He debuted for international cricket in ACC U19 Asia Cup 2017, on 10 November 2017 against Malaysia in Kuala Lumpur. He played for the U-19 Challenger trophy for the India Red team. This proved his capability as a bowler by taking a five-wicket haul in this match.

During the 2018 World Cup, he performed in an impressive way and gave away only ten runs. In the U-23 team of Punjab, he again performed exceptionally well that forced the selectors to include him in the Vijay Hazare Trophy team. He debuted nicely by taking two wickets.

He was selected by Kings XI Punjab in the 2019 Indian premier league and Arshdeep made his debut against Rajasthan royals, playing exceptionally well. Kings XI Punjab retained him next year also.