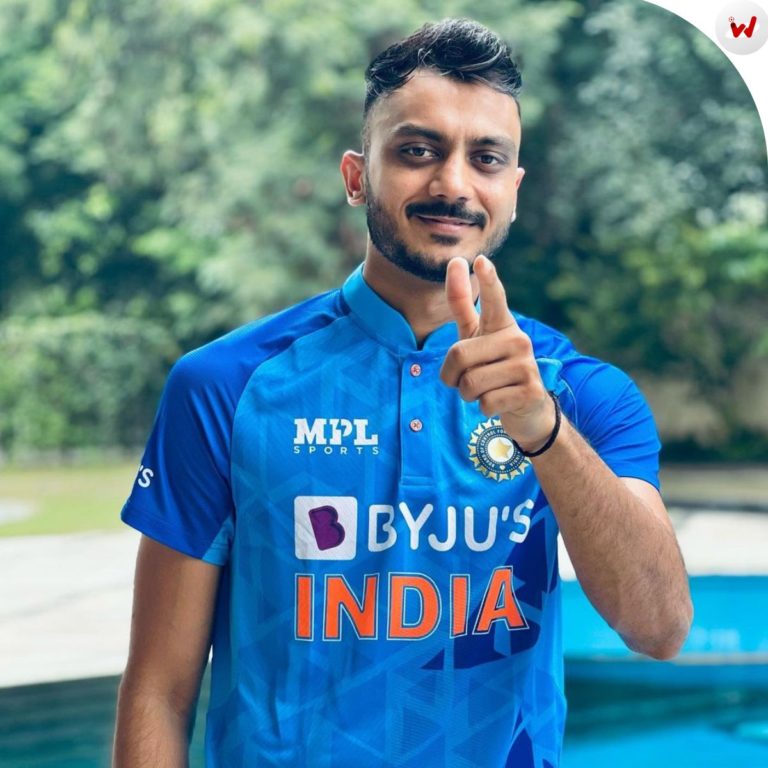 Axar Patel is an Indian Cricketer who lives in Nadiad, Gujarat. He is an all-rounder who plays as left-handed batsman and slow left-arm orthodox bowler. He made his ODI debut on 15th June 2014. Axar is such an exceptional player that he was selected in the Indian squad for 15 men for the world cup 2014.

He is a brilliant bowler who initially started playing cricket as a batsman. He became the ninth Indian bowler to take a five-wicket haul on debut for Test. He plays for Gujarat in domestic matches and for Delhi Capitals in Indian Premier League.

Axar Patel was born on 20 January, 1994 at Anand, Gujarat, India. As a child he never wanted to become a cricketer, he always dreamed of becoming a mechanical engineer. His friend encouraged him to participate in the inter-school tournament, after which he started playing cricket.

Axar was first selected by Mumbai Indians in 2013 IPL season, but did not get chance to come on field. After that, he was released in 2014 IPL auction and was signed with Kings XI Punjab and in that season, he took 17 wickets. In 2018, IPL season, Axar signed with Delhi Capitals. After that in 2021 IPL, he was retained by Delhi Captains for the 2021 seasons.

Axar was selected in India squad for One Day International series against Bangladesh in 2014, after giving performance in 2014 IPL season. He made his ODI debut against Bangladesh On 15 June 2014. After one year, Axar made is T-20 debut against Zimbabwe on 17 July, 2015. In 2019, he was named in 2019 Cricket World Cup as stand-by player. Later on he was selected in  India’s Test squad for their series against England in January 2021.

He made his debut against England on 13 February 2021 in Test. In his first debut match, he took first 5 haul wicket in second inning and became ninth Indian bowler to take 5 wickets on his debut match. After that, Axar was selected in 2021 ICC Men’s T-20 World Cup, but was replaced by Shardul Thakur on 13 October 2021.

Axar Patel is currently dating dietitian and nutritionist Meha Patel. She is also an online entrepreneur. The couple got engaged on his 28th birthday. The engagement also attended by Indian former cricketer Rudra Pratap Singh and and Indian Leg-spinner Yuzvendra Chahal and Axar’s teammates Ishan Kishan Rishabh Pant, Umesh Yadav has also congratulated on their engagement.