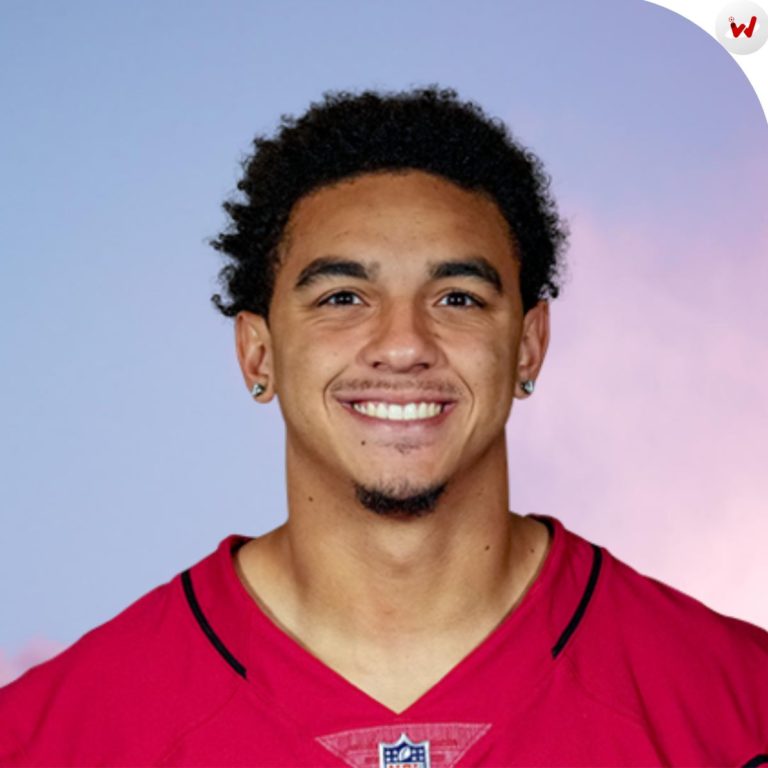 Jarrett is an American Footballer who lives in Lodi, New Jersey. He plays as Quarterback in gridiron football. Jarrett has played his high schooling football at Bergen Catholic, New Jersey and college football at Tennessee Volunteers football 2016-20, Washington State Cougars Football 2021 and in 2022 he is undrafted. In National Football League he plays for Arizona Cardinals in NFL Draft 2022.

Jarrett Guarantano was born on November 14, 1997 at Lodi, New Jersey. His father’s name is James Guarantano and mother’s name is Guarantano. He has completed his high Schooling at Bergen Catholic and then, went to Tennessee University for Further studies.

Jarrett has threw for 3,028 yards with 28 touchdowns and also rushed for 523 yards with 12 touchdowns in high School career. He has named All-Bergen Country First Team honors and was a Under Armour All-American in 2016 as senior. Jarrett was a four start recruit in high school.

Jarrett Guarantano was enrolled to Tennessee over more than 40 scholarship offers from other team. In 2017, as redshirt freshman he appeared in 9 games and threw for 997 yards with 4 touchdowns. As sophomore season in 2018, he appeared in 12 games with 12 starts and passes 1,907 yards with 12 touchdowns with 3 interceptions. In same year on October 23, 2018, he broke the record of consecutive pass attempts without interceptions by tossing 166 straight passes without a pick, threw 328 yards with 2 touchdowns against Auburn. In 2019, he appeared in 13 games, while throwing for 2,158 yards with 16 touchdowns and 6 interceptions. Jarrett broke his non-throwing record against South Carolina but never missed a game. After that in 2020, he played 7 games, while threw for 1, 112 yards and 6 touchdowns with 4 interceptions. This season was short due to COVID-19 pandemic. In 2021, he was drafted by Washington State Cougars Football

team, but in that season he was unable not play due to knee injury, only appeared in 2 games for Washington State, while throwing 304 yards with a touchdown.

Jarrett was undrafted in NFL Draft 2022, he was signed after a rookie minicamp as undrafted free agents contract with Arizona Cardinals. He played his first match in NFL preseason against Cincinnati Bengals.

Happy birthday to my princess. You’re truly a blessing Day & I’m so thankful for life with you. I love you ❤️💍👫🎁🎂@dana_dombrowski pic.twitter.com/qCgdHPmkDV