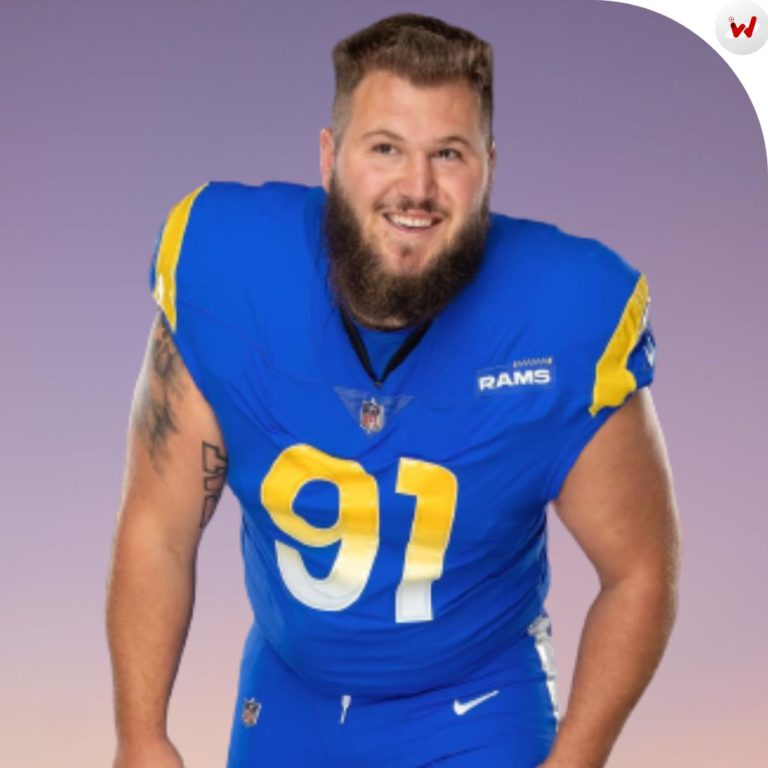 Greg Gaines is an American Footballer who lives in La Habra, California. He plays at position of Nose Tackle in gridiron football. In National Football League Draft, Gaines plays for Los Angeles Rams and in college football he has played for Washington Huskies Football team.

Greg Gaines was born on May 6, 1996 at La Habra, California. Gaines has attended his high schooling at La Habra high school and went to Washington University for further studies.

Greg Gaines has started his career from La Habra High School. In high school career, he has earned Most Valuable Player of Freeway League and First-team All-CIF Southern Section Southwest as defensive line player in 2013 season. Gaines was enrolled to Boise State, but his head coach Chris Petersen transferred him to Washington University.

Gaines has married with his longtime girlfriend Sheyeann Gaines on July 7, 2017. The couple has blessed with one boy and one girl.