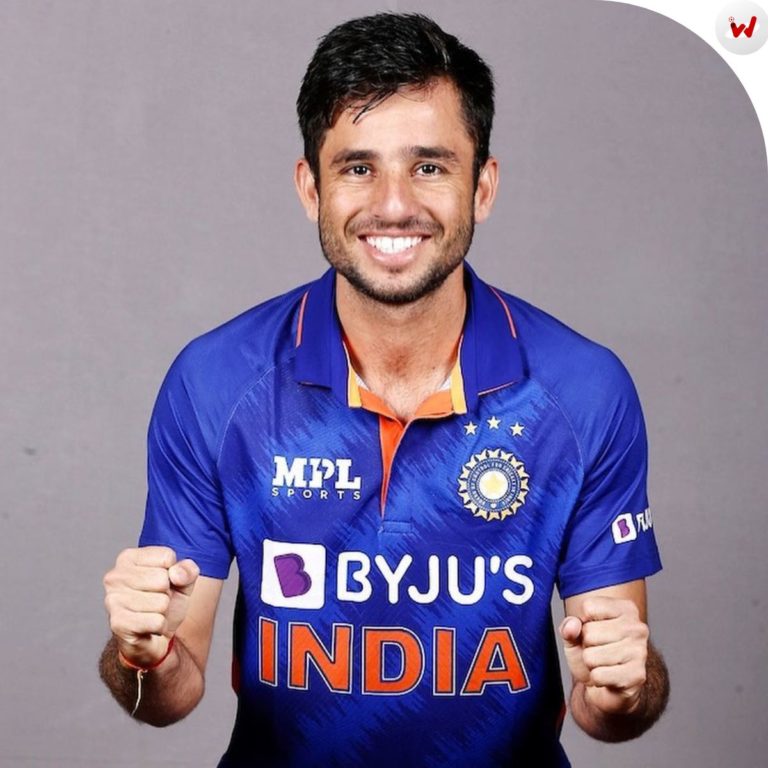 Ravi Bishnoi is an Indian Cricketer who lives in Jodhpur, Rajasthan. He is a right-arm leg break bowler. Ravi has made his international debut in 2022. In domestic cricket, he plays for Rajasthan and for Lucknow Super Giants in Indian Premier League (IPL).

Ravi Bishnoi was born on 5 September 2000 at Birami, Jodhpur, Rajasthan. His father name is Mangilal Bishnoi, mother name is Sohni Devi and he has an elder brother and 3 sisters.

Ravi was named in India’s squad in Under-19 Cricket World Cup in 2020.  In that year, he played his first match against Japan and took 4 wickets and named player of the match on 21 January 2020. After that in 2022, Ravi was named in T-20 and ODI squads for home series against West Indies. In his debut match he took 2 wickets and give 17 runs and became player of the match on 16 February 2022. Now, he is playing in India’s squad at Asia Cup.