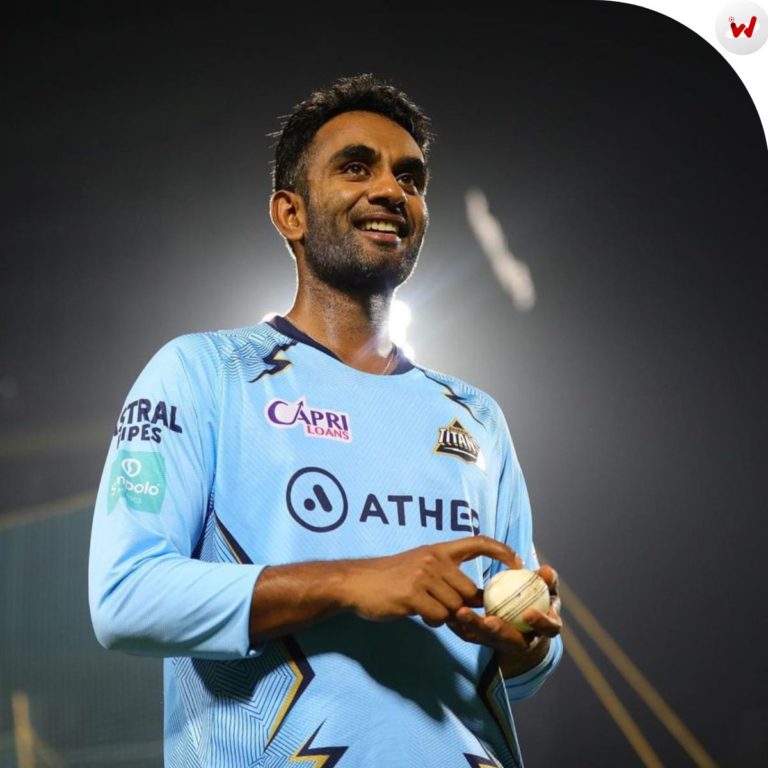 Jayant Yadav is an Indian Cricketer who lives in Delhi. He is an all-rounder who plays as right-handed batsman and right-arm off-break bowler. In domestic cricket, he plays for Haryana. In 2016, he made his international debut against New Zealand. In Indian Premier League 2022, he is a part of Gujarat Titans.

Jayant Yadav was born on 22 January 1990 in Delhi. When he was small, he lost his mother Lakshmi Yadav in a plane crash. After that his father helped him to become a cricketer. When his father was young they also used to play cricket. He completed his high schooling from Delhi Public School and later enrolled himself at Hindu College to purse graduation in Bachelor of Arts (B.A).

Jayant Yadav started his career while playing in domestic cricket. At age of 21, he made his domestic cricket debut in First Class on 21-24 December 2011 against Gujarat and took 6 wickets in that match and won the match. In First class, he played 64 matches and took 173 wickets and 4 haul wickets 7 times, 5 haul wickets 8 times and 10 haul wickets one time in 99 innings and also score 2194 runs with the highest score 211 runs. After that he made his debut in List A on 20 February 2012, against Punjab. In List A he played 60 matches and took 53 wickets at economy of 4.06 and also scored 900 runs in 48 innings. Later on Jayant also made his debut in T-20 tournaments on 17 March 2013, against Punjab.

In 2016, he made his International Debut against New Zealand in ODI on 29 October 2016. After that in same year he made his debut in Test against England on 17 November 2016, in that match he took his first wicket of Mooen Ali. In Test he played 6 matches and got 12 innings to play he took 16 wickets and 4 haul wickets one time and also scored 248 runs.

Jayant is married to Disha Chawla.