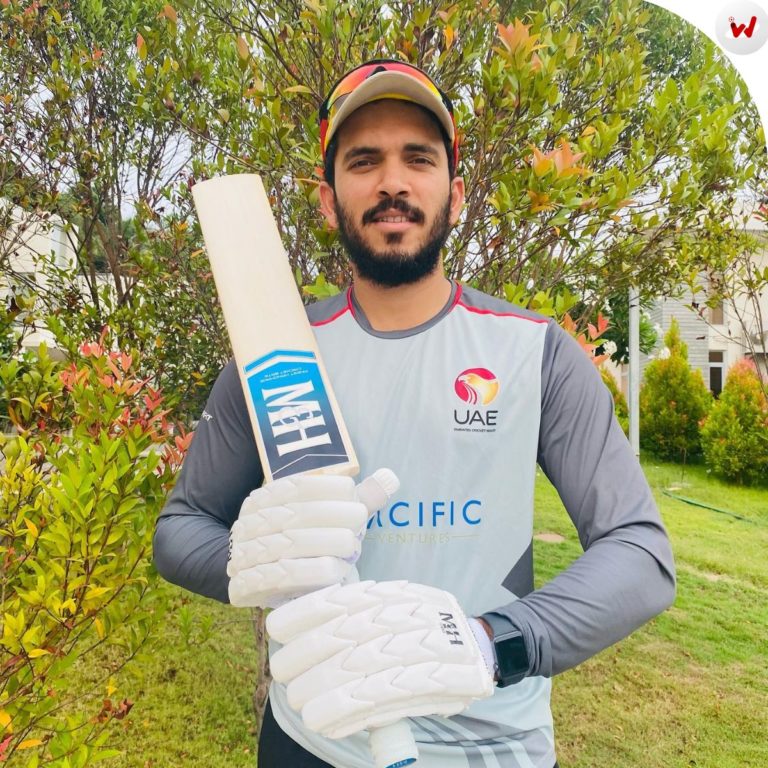 Chundangapoyil Rizwan is an Emirati cricketer who lives in Sharjah, UAE. He is batsman who plays with right-hand. He has been playing for United Arab Emirates national cricket team since 2019. Rizwan also selected for T-20 International captain in 2022. Now, he is leading the team in 2022 ICC Men’s T-20 World Cup.

Rizwan was born on April 19, 1988 at Tellicherry, Kerala. His father was migrated from Kerala to UAE in 1980s, when Rizwan was 2 years old and his whole family shifted to Sharjah, where his young sister was born. At age of 15, Rizwan returned to India for completing further studies in engineering in Kochi, India.

Rizwan was first played domestic matches in the cricket for Kerala Cricket Association XI. After shifting to UAE, he started playing for UAE Under-19 team in 2014. Later on seeing his good performance in Under-19, Rizwan was named in Under-23 team. After selected in Under-23, he made his One Day International (ODI) debut against Nepal on January 26, 2019.

In same month, Rizwan also made his T-20 debut against Nepal on January 31, 2019. On January 8, 2021, UAE was playing against Ireland, where Ireland first batted and gave target of 270 to UAE, after that Rizwan came on No.3 and scored maiden century in ODI.

Rizwan was selected as the Captain after Ahmed Raza in T-20 International in August 2022. After that, he played 2022 Asia Cup Qualifier in Oman as Captain. Now, Rizwan is selected as Captain for 2022 ICC Men’s T-20 World Cup on September 18, 2022.