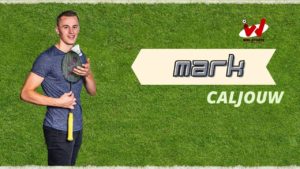 Mark Caljouw was born on 25th January 1995 in the Netherlands. At a very young age, he used to go out with his brother to play badminton.

In 2008, Mark was selected to join the National team. He made his international debut in the 2012 Senior tournament. In 2013, he competed in the European Junior Championship in Turkey. He won a silver medal in the singles event and a bronze medal for the mixed team event. In 2013, Mark won the Bronze medal in Yonex Hungarian International Series. He was selected to join the Player Development Plan Future Stars.

Some Important Facts About Mark Caljouw

If you have Some more Important details about Badminton Player Mark Caljouw, Please comment below we will be updated soon.