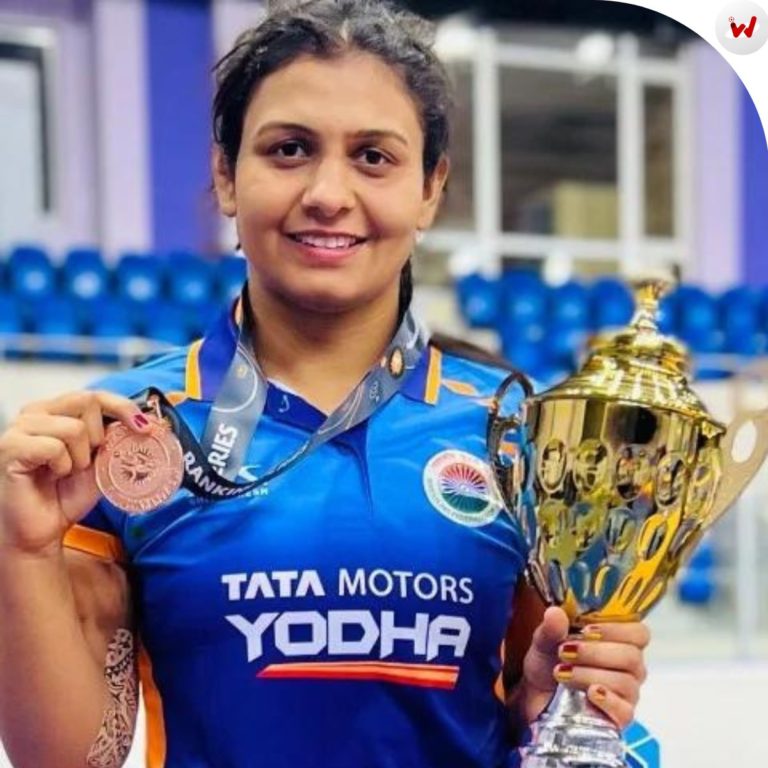 Pooja Sihag is an Indian Wrestler who lives in Hansi city of Haryana, India. She represented India in 2014,Junior Asian Championship in Mongolia where she received Bronze medal. Now 2022 she won bronze medal in Commonwealth Games.

Pooja Sihag was born on 7 July 1997 in Hansi, Haryana. Her father is a farmer. Pooja has married with Ajay Nandal a former wrestler and army officer.

In 2017, Pooja was injured and had an operation on her left knee. In 2018, she was the part of Commonwealth Championship in South Africa where she was won silver medal. In 2019, Pooja has won silver medal in Asian U23 Championship in event of 76kg by losing Chang Hui-tsz. In 2021, Pooja took part in Asian Olympic Qualification Tournament but she did not Qualified for the Olympics at that tournament. In same year she tried in Asian Wrestling Championships and won bronze medal. also tried to qualify in Olympics at the World Olympic Qualification Tournament but failed to qualify. Now, 2022 She was won bronze medal in Commonwealth Games in the category of 76kg.