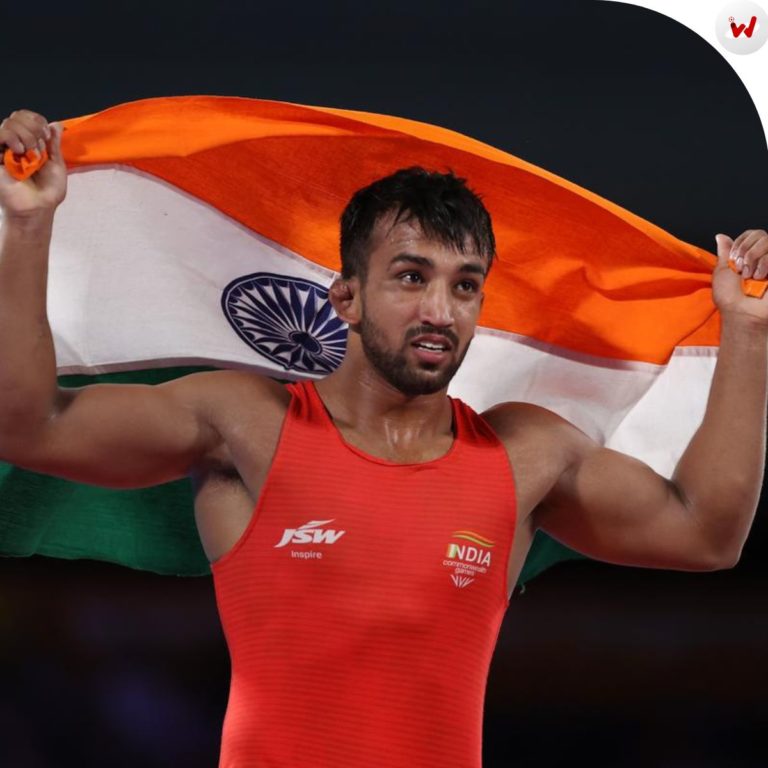 Naveen Malik is an Indian Wrestler (freestyle) who lives in Pugthala village of Sonipat district, Haryana. He represented India in 2022 Asian Championship where he won bronze medal by losing Emazar Akmataliev in the category of 74kg. Now 2022 Commonwealth Games, he won the gold medal by defeating Pakistan player Muhamman Inam. He scored 9-0 in the final match and named gold medal.

Naveen Malik was born on 21 November 2002 in Pugthala Village Sonipat District, Haryana. His father Dharampal Malik is an small farmer and wants to become an Wrestler. He did not complete his dream because of his family matter, but he send his both son at Wrestling field. When his both son grew up there needed increase, so then he started selling milk and butter. He wake up at 5am and sell milk and butter. His elder brother Praveen is also a wrestler, but he has also joined Indian Navy.

Naveen started his career at the age 3. His father send him and his brother to Wrestling field, in their village Wrestling field was not, but with the help of Villagers Dharapal made a Wrestling field where both son Naveen and Praveen can practice for wrestling. He started fighting dangal at the age of four. After that in 2016 his elder brother was selected for the Indian Navy, and Naveen also started his training for Navy but did not quit training of Wrestling. Now 2022, he was the part of Asian Championship in category 70kg and received bronze medal. Then in same year he also became a part of Commonwealth Games and won gold medal by defeating Muhammad Sharif Tahir of Pakistan.